The Italian sailor / explorer Christopher Columbus has a renowned reputation as the discoverer of the new world in every simple history lesson. This has been globally recognized for over 500 years to date. Education has been in the possession of Europeans, who many believe have imposed what has enriched them while scorning or changing what has not been done.

As the waves of awareness begin to spread, several “European” expeditions have now seen their acclaimed achievements with doubt. One of those expeditions is the true ownership to the discovery of America.

Two large journeys across the Atlantic Ocean preceding the Columbus, referencing the book written by the renowned Egyptian scholar, Ibn Fadi Al-Umari, in 1342. One man, Abubakari, or to give him his full title, Mansa (King) Abubakari II, pioneered both expeditions. 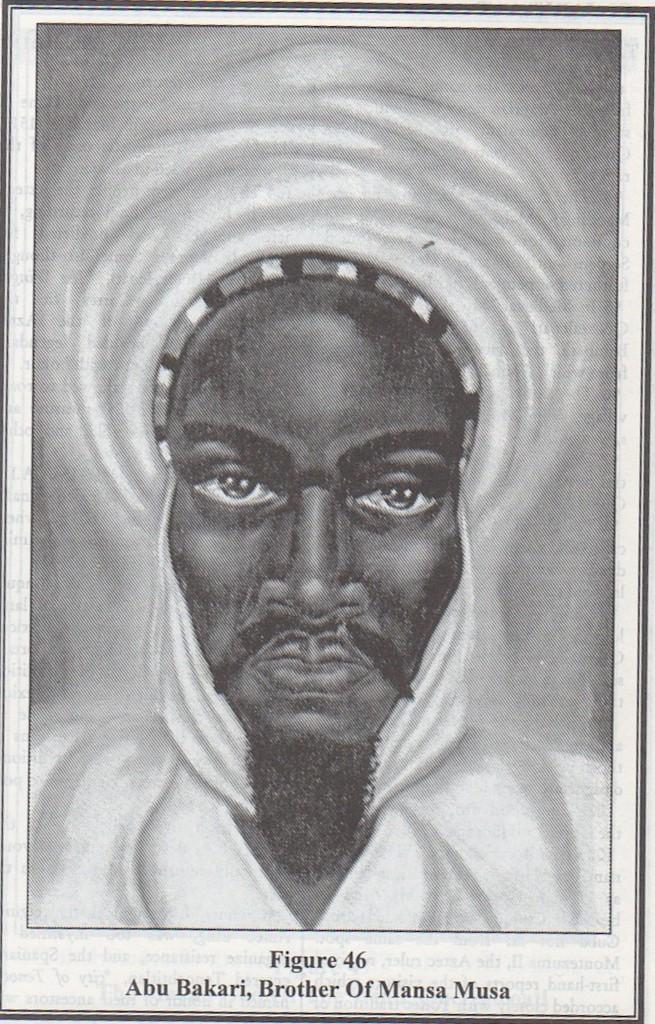 The general conception was at the time of the Malian Empire that the end of the world was at the other end of the Atlantic. From the then primitive Europe this delusion took hold. On the other side, Abubakari was far from convinced. The Atlantic Ocean must stop as the population lives along its banks if the Niger begins and stops. He also thought that this could be Mecca’s sea root.

Abubakari sent 200 ships out with the search for information burning in him. Their obligation was to sail across the Atlantic, in order to find out what lay beyond. Just one of the ships returned, it was stated. When he saw the other ships vanish into the wild seas, his captain claimed to have turned around.

Abubakari wasn’t convinced by the testimony of the captain. This further intensified his desire to find out what was lying on the other side of the ocean.

In Abubakari’s time, Mali was a center of excellence in the 13th century, while it reached its height after its age when Timbuktu had the second oldest university at that time with more students than the University of New York.

In Timbuktu, courses such as mathematics, geography , history, astronomy, chemistry and Islamic studies had flourished. Mali was also a trading center, an exact place to meet anyone who made the world spin.

Abubakari designed ships off the coast of Senegambia with the assistance of ship builders from Egypt and Mali. In number, his ships were 2000. He was supposed to use it to explore the end of the ocean. Abubakari had been no coward. He requested that the ships be escorted across the ocean.

In 1311, Abubakari abdicated his throne to Mansa Musa. Not his son (especially in comparison to contemporary literature). Abubakari equipped the finest men, sorcerers, doctors, sailors, and navigators with 1000 of his ships. Every ship was attached to a supply ship. The number of ships amounted to 2000.

In order to last his team for 2 years, the other 1000 ships were filled with food, medicines, fruit and drinks. Abubakari was thought to have arrived in the year 1312 at the other end of the Atlantic. As the Malians renamed places after themselves, evidence of the Malian expedition can be noted in the names given to places in Haiti. Mandinga Port, Mandinga Bay and Sierre de Mali are examples of this.

A lot of other facts abounds and even more continue to unfold. There is also a folktale from Mali that gives reference to this great exploration.

How could this in Abubakari ‘s time be possible? The Atlantic is controlled from a scientific point of view by 2 currents, which typically remain the same regardless of month or season. These are the Canary Current and the Guinea Current. They both have currents that are strong enough to drag a ship from the West African coast to the Americas. You see the signs of a Negroid presence in the Americas at the end of these currents.

Therefore, Columbus would be accused of using similar knowledge of the currents of the Atlantic to sail across to the Americas. This could only have been possible with the assistance of someone who was familiar with the road. Therefore, it is more credible to speculate that Columbus was accompanied by an African, Pedro Alonso Nino, who helped him navigate the Atlantic. The fact that Columbus reported seeing blacks in America must be made clear.

He also documented seeing a mosque-like building. The Malians were Muslims and there is also a chance that Malians may have erected the mosque. Columbus also reported seeing a ship loaded with goods just leaving the Guinean coast and heading toward America.

In addition to the above, the words of Mansa Musa, the successor to the throne, are another evidence of this voyage. Upon his arrival in Egypt, it was clear that the Egyptians were awaiting the Hajj to see Abubakari. Mansa Musa was quoted while arriving in Egypt as describing how the throne of Mali ascended. Again, citing the manner in which King Abubakari gave up his throne to contribute to worldwide understanding. A trait lacking in the African rulers of today.

For all black educators, this incredible history of Abubakari ‘s adventure should be a great area of interest, particularly in rewriting world history that has concentrated on enforcing Eurocentric perspectives. Anything short of this will rob not only the black youth of true heritage, but the entire world.

Prior to drawing the curtains, we must add that this article is not intended to scorn Columbus. To date, Columbus ranks among the greatest explorers of all time. Christopher Columbus was fine, but King Abubakari II was responsible for the discovery of the Americas.