Yohannes IV, a nobleman by birth, a cleric by education, a zealot by faith, moralist by tendency, a monk by practice, a nationalist by policy, and a soldier and emperor by profession

His birth name was Kahsai Mrcha. He was born on July 12 1837 at Mai Beha Tembien. His father was Shum Tembien Mircha Woldekidan of Tembien. 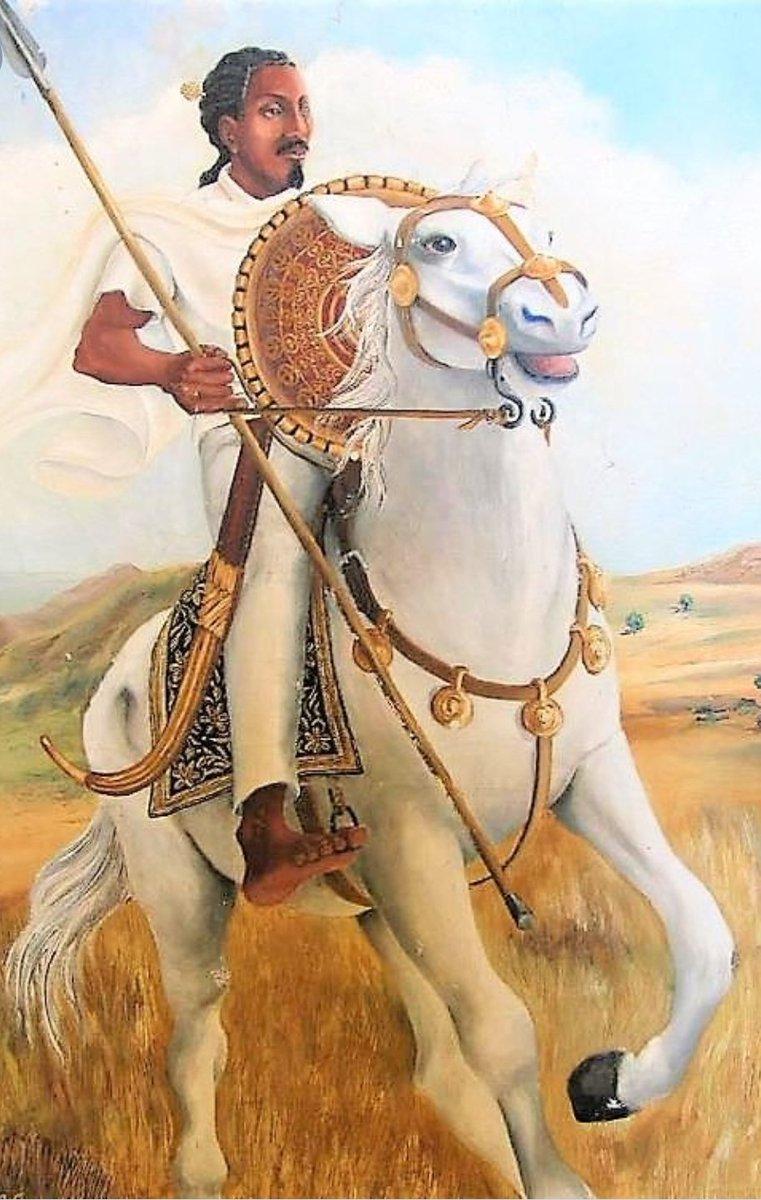 He defeated Wagshum Gobeze (Emperor Tekle Giyorgis) on July 11 1871 30 kms from the city of Adwa. Gobeze had 60,000 troops and Kahssai had 12,000 troops. Gobeze’s wife was kahssai’s sister. Before the crushing defeat Gobeze’s wife warrned him saying the following poem.

Dejazmach Kassai was crowned emperor January 12, 1872 at the historic Tigraian city of Axum. He took the name and title of Emperor Yohannes IV, King of Zion and King of Kings of Ethiopia, becoming the first emperor crowned in that historic city since Emperor Fasilides in 1632.

Emperor Yohannes was an extraondinary military leader and a very religous king. He was the top vangaurd of Ethiopia. On October 11 1875 Egypt occupied the city-state of Harrar and they were advancing from the port of Masswa on the north.

Yohannes marched up north and met them at Gundet on November 16 1875. The Egyptians did not know the local area and they were fooled in to marching in to a narrow and steep valley and were wiped out by the Eperor’s troops hiding on the valley from the surrounding mountains.

Most of the Egyptian force, along with its many officers of European and North American background, was killed. He also defeated them again at the battle of Gura on march 9 1876.

At the end he was betrayd by the shewan king, menilk who secretly signed an agreement with Italians to invade the country from the north in exchange of the crown.

In 1889 Yohannes was battiling so many domestic and external enemies at the same time. The mahdists from sudan on the west, the Italians on the north, Menilk on the south and the Gojams on the south west.

He decided to defeat the Mahdists from Sudan and he did, but at the end of the battle Mortally wounded by a sniper bullet he died after a few hours Battle of Metemma on March 9, 1889.