Queen Nefertiti, one of the most beautiful female figures from the ancient world

As King Akhenaten’s wife, Nefertiti was the queen of the 18th dynasty of Egypt, and played a significant role in Egyptian worship of the sun god Aton or Aten. Her name means “the beautiful one has come” and Egyptian reliefs and statuary still show her iconic beauty.

Although much of the early life of Nefertiti is a myth, it is thought she was born in 1370 B.C. According to the British archeologist Joyce Tyldesley, author of “Nefertiti: Sun Queen of Egypt,” circumstantial evidence suggests that she was born to the Egyptian Ay, the mother of Akhenaten’s courtier and brother, Tiy. Mutnodjmet had a younger sibling.

Some scholars argue she was a foreign princess, perhaps from Mitanni (now known as Syria). Nevertheless, her name — Nefertiti, meaning “the beautiful one has come”—is an Egyptian birth name which indicates she was born in Egypt. Moreover, according to the World Biography Encyclopedia, “evidence suggests that she had an Egyptian wet-nurse or noble-ranked governess, good support for a birth within the royal court circle of Egypt.”

Other scholars believe that her dad eventually became Tutankhamen’s vizier (prime minister), Time magazine reported in 2003. Whatever the ancestry or background may have been, Nefertiti was selected as Amenhotep IV’s “principal wife,” who became pharaoh in around 1350 B.C. (Amenhotep later changed his name to Akhenaten, that is to say “one who serves Aten.”)

“She may have been no older than 12 at the time of her marriage,” according to Time.

Life in Egypt had been turbulent during Akhenaten ‘s reign. The priesthood associated with “Traditional Polytheistic Religion of Egypt” had become very influential, as Time magazine describes.

The young pharaoh abolished the old system in order to acquire more influence for himself and replaced it with a new religion: a “divine triad,” explains Tyldesley, based on the worship of the sun god Aten; the king, Akhenaten; and his wife, Nefertiti.

Nefertiti had played an important role in the reign of her husband, except for queens before her. Not only did she bore him six daughters (two of whom would become Egyptian queens), she also seems to have served more as his co-ruler than his consort.

Ancient reliefs depict her worshipping at religious ceremonies with her husband, appearing on state occasions and killing Egyptian enemies—”previously only a position granted to the pharaoh, “according to PBS. Akhenaten kept his wife in high esteem: If he “made monumental statues of himself, for his ‘Good Wife,’ he would order statues of equal scale.” 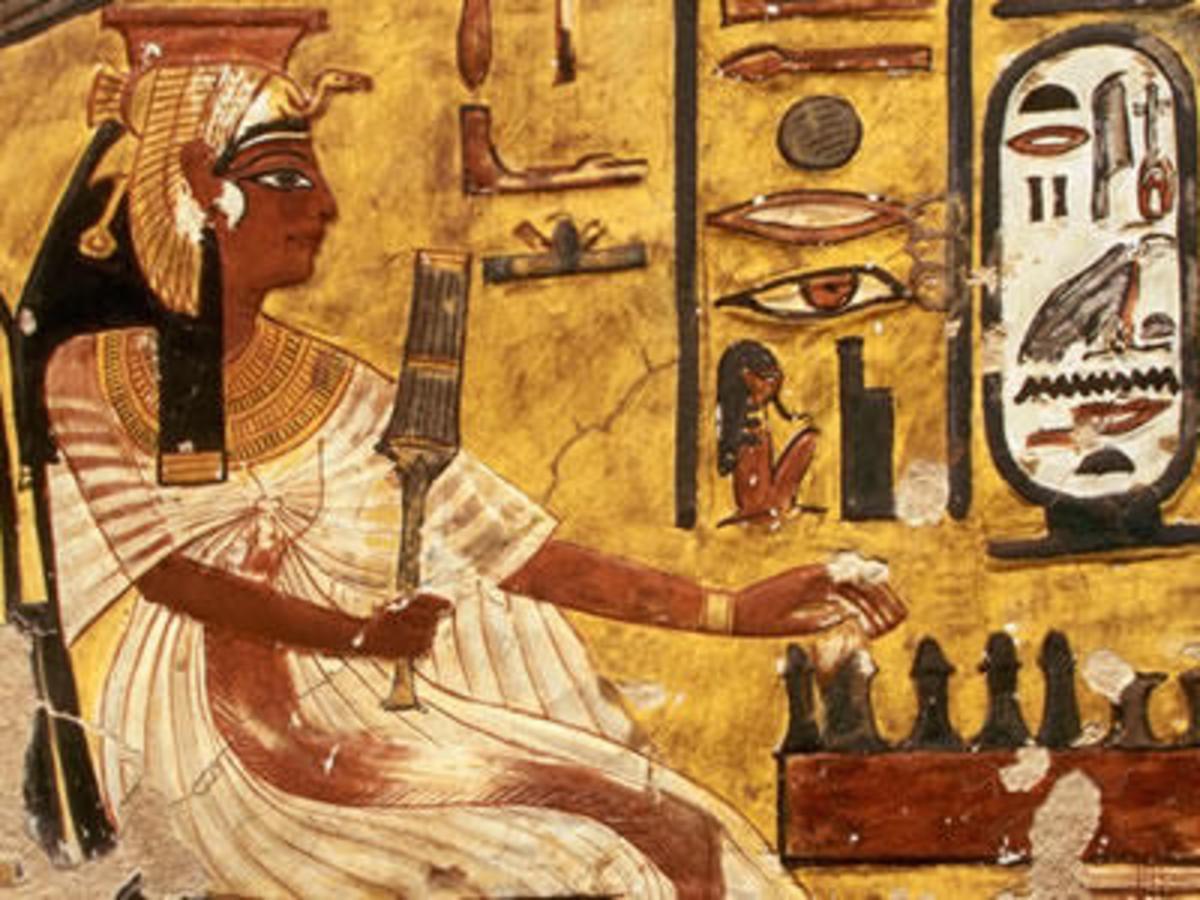 The “sexuality of Nefertiti, illustrated by her exaggeratedly feminine body shape and her fine linen dresses, and her fertility, underlined by the frequent presence of the six princesses, suggest that she was considered a goddess of living fertility,” writes Tyldesley.

But life had not been peaceful during Akhenaten ‘s reign. Regardless of the religious reform that took place, many Egyptologists regard this time as the “reign of heresy” in the history of Egypt, explains the EMuseum at Minnesota State University. Some scholars wonder if Akhenaten was in charge of the process, or if it was the vision of Nefertiti.

After 12 years of the reign of Akhenaten one of his daughters died, three disappeared and Nefertiti vanished. Many historians believe that Nefertiti even died but there is no evidence of her death and there is nothing to indicate she was buried in the royal tomb. 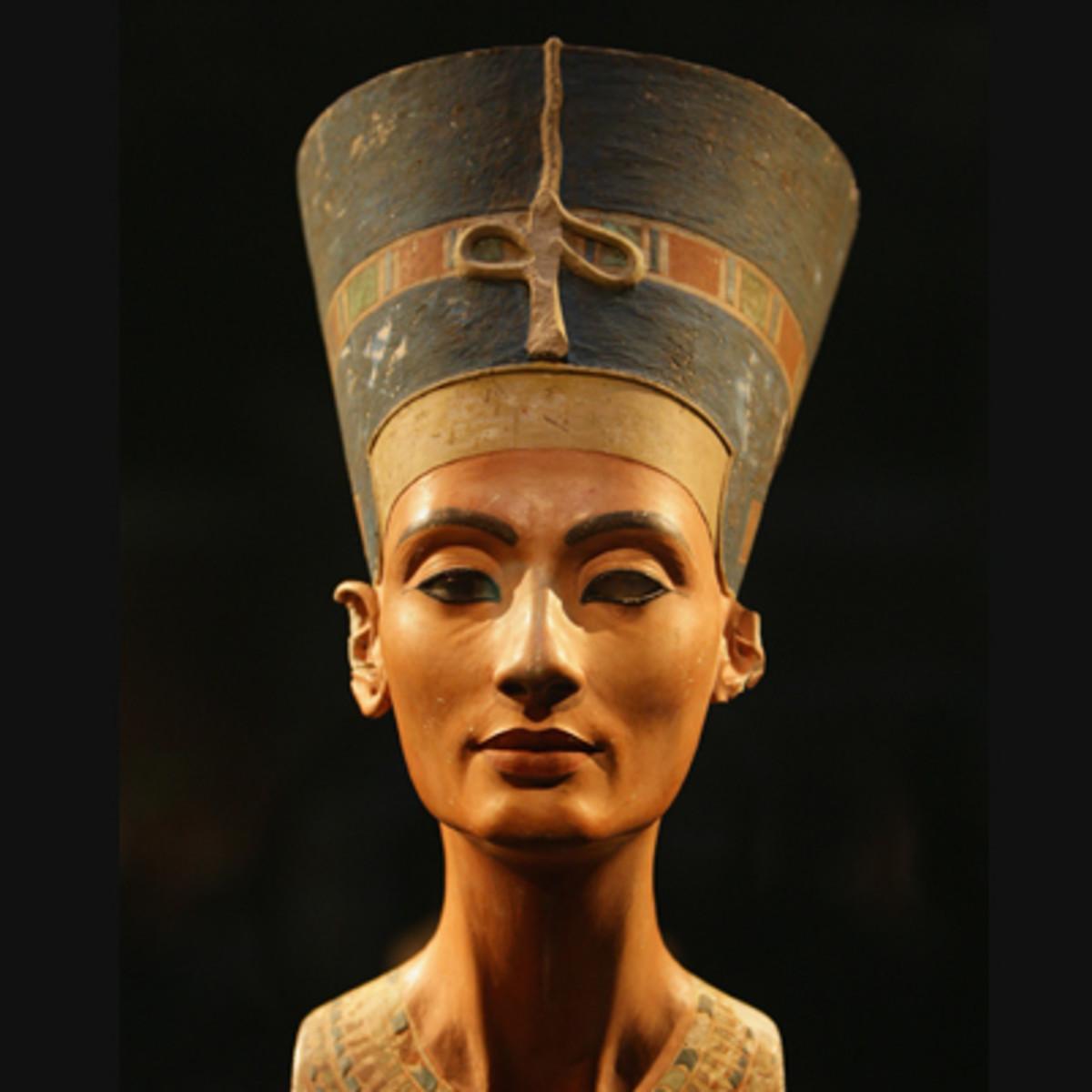 In records Tutankhamen ‘s mother is noted as a woman called Kiya, who was Akhenaten’s other wife. Her hair was Nubian-styled, perhaps suggesting her roots. Some pictures (a painting, a tomb scene) point to the pharaoh mourning at childbirth for her death. Photos of Kiya have been lost at some later time.

Imhotep from Africa is the first doctor in history