Buganda Kingdom, the largest of the traditional kingdoms in East Africa

Buganda is a kingdom in Uganda also known as kingdom of the people of Ganda. It is the largest of the traditional kingdoms in present-day East Africa, consisting of the Central Region of Uganda, including Kampala, the Ugandan capital. The 6 million Baganda (singular Muganda; also simply referred to by the root word and adjective, Ganda) make up the largest ethnic group in Uganda, comprising about 16.9 percent of the population of Uganda.

Buganda has a history that is long and comprehensive. Unified in the 13th century (1300AD) under Kato Kintu, the founder of the Kintu Dynasty of Buganda, the first king, Buganda grew during the 18th and 19th centuries to become one of the largest and most powerful states in East Africa. The present-day Buganda area was a kingdom known as Muwaawa, meaning a sparsely populated location, before the 12th century. 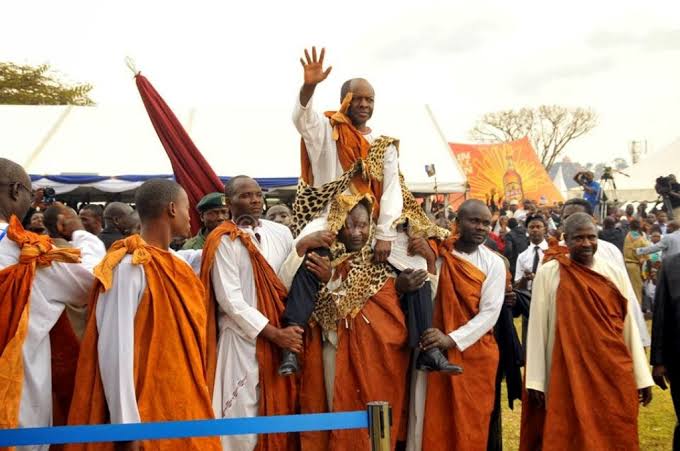 In 1894, during the Scramble for Africa, and after failed attempts to preserve its independence from British imperialism, Buganda became the base of the Uganda Protectorate; British officials adopted the name Uganda, the Swahili word for Buganda. Many Bagandas gained status as colonial administrators under British rule, and Buganda became a major cotton and coffee producer.

After Uganda’s independence in 1962, Uganda’s first Prime Minister, Milton Obote, abolished the kingdom in 1966. The kingdom was formally restored in 1993, after years of chaos under Obote and Idi Amin, as well as many years of internal divisions between Uganda’s ruling National Resistance Movement under Yoweri Museveni, president of Uganda since 1986. Now a traditional monarchy, Buganda occupies a largely ceremonial role.

The king of Buganda, known as the Kabaka, has been Muwenda Mutebi II since the restoration of the kingdom in 1993. He is recognized as Buganda’s 36th Kabaka. The new queen is Queen Sylvia Nagginda, popular as Nnabagereka.

In Uganda, the Luganda language is widely spoken and is, along with English, the most common language in Uganda. In and around other nations in East Africa, Luganda is also commonly spoken. Tanzania and Rwanda in Kenya. Also in South Sudan, where it is mainly used by business people, South Sudan has business transactions.

The most spoken local language in Uganda is Luganda. It has survived and continues to develop, despite all the attempts made by various governments to weaken the language. Local languages, such as Luganda, must be preserved and supported rather than weakened.

Buganda is often referred to as Central Uganda in literature and in popular discourse.

Buganda was an expanding, “embryonic empire” before the arrival of Europeans in the region. From the 1840s, it constructed fleets of war canoes to take possession of Lake Victoria and the surrounding areas, conquering many weaker populations. These subject populations were then exploited for work force.

British explorers John Hanning Speke and Captain Sir Richard Francis Burton were the first Europeans to reach the Kingdom of Buganda while looking for the Nile’s headwaters in 1862. They discovered a highly centralized political structure that, however, was marred by the ongoing mass human sacrifice practice estimated at 800 people annually.

In 1875, the explorer and journalist Henry Morton Stanley visited Buganda and provided an estimation of the strength of the Buganda soldiers. 3,000 soldiers and a fleet of war canoes were counted by Stanley. Stanley discovered a well-ordered town in Buganda’s capital, Lubaga, surrounding the king’s palace, which was built on top of a commanding hill. The palace complex, which was packed with grass-roofed houses, meeting rooms, and storage buildings, was enclosed by a high cane fence. Overseas diplomats were thronging the grounds. Searching for audiences, Royal Advisory Council chiefs, messengers doing errands, and a corps of young pages. He estimated the kingdom’s population to be 2,000,000. 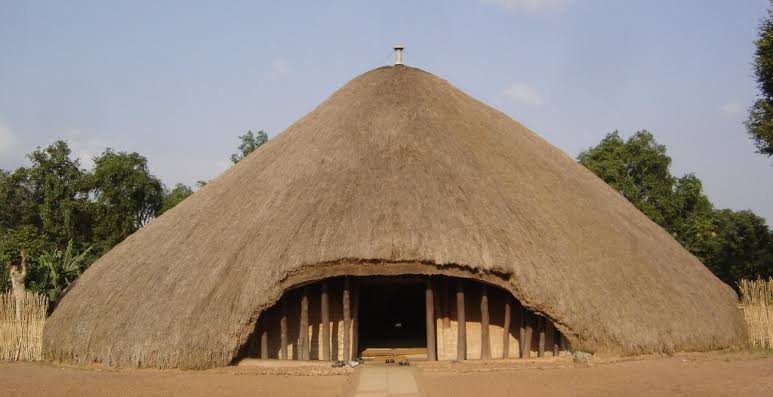 Mwanga II was admitted into the Anglican Church in exile, and was baptized with the name Danierii (Daniel). He was in exile for the remainder of his life. He died, aged 35 years, in 1903. His remains were repatriated and buried in Kasubi in 1910.

Attempted secession in Edit Kayunga
Some members of the Banyala minority ethnic group led by the recently retired UPDF Captain Isabanyala Baker Kimeze declared in September 2009 that Bugerere had seceded from the Kingdom of Buganda. The Banyala make up 0.09 percent of Uganda’s population and 13 percent of the district’s population, Kayunga, which they felt was leading to secession. The government of Uganda prevented the Kabaka of Buganda from travelling to Bugerere because of the ensuing tensions, resulting in disturbances in the capital Kampala and neighboring districts. Thirty people were killed in what became known as the Buganda Riots.