King of Kings of Ethiopia, Haile Selassie I the last Emperor. One of AU founders

His Imperial Majesty Haile Selassi I, the King of the Kings of Ethiopia, the Elected One of God was Ethiopia’s latter emperor, the conquering Lion of the Tribe of Judah, the last emperor of the Solomonic Dynasty to rule Ethiopia until September 12, 1974.

A child in the village of Eastern Ethiopia was born on July 23, 1892. He was called Lij Tafari in Amharic, which is a royal child, respected or feared (dreaded).

He took the title of Ras, meaning prince or chief as a regent in the Ethiopian government. He got another new name when it was crowned emperor in 1930, one of the royal ones, this time: Haile Selassie, which means “Power of the Trinity.”

The event was considered a ‘splendid affair’ with many of the world’s top leaders, including Prince Henry of Britain. It is also said it cost about $3,000,000 at the time.

Emperor Haile Selassie I was born in July 23 1892 and died in August 27 1975 in Addis Ababa. He managed to modernize his country and brought it into League of Nations and United Nation. Haile also made Ethiopia center for the Organization of African Unity (today African Union) as he also played significant role the formation.

Tafari was a great-grandson of Sahle Selassie of Shewa (Shoa) and a son of Ras (Prince) Makonnen, Emperor Menilek II’s chief adviser. Educated by French missionaries at home, Tafari favorably impressed the emperor with his intellectual skills at an early age and was promoted accordingly.

He pursued progressive policies as governor of Sidamo and then of Harer province, aiming to break the feudal dominance of the local nobility by rising the central government’s authority, such as establishing a salaried civil service. He therefore came to reflect elements of the society that were politically progressive. In 1911, he married Wayzaro Menen, Menilek II’s great-granddaughter. 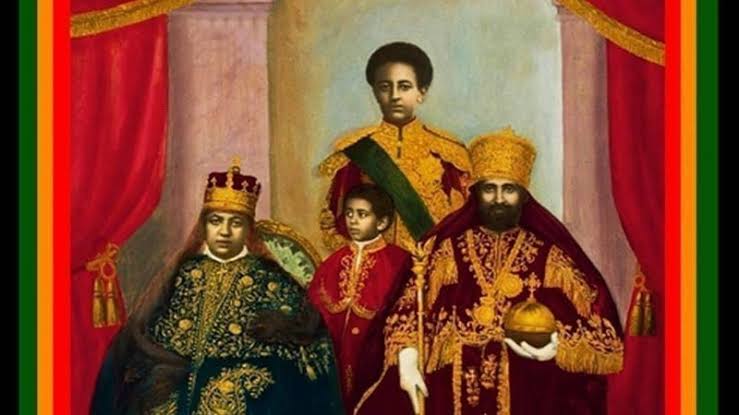 When Menilek II died in 1913, his grandson Lij Yasu succeeded on the throne, but his unreliability and close association with Islam made him unpopular with the majority of the Ethiopian Christian population. Tafari became the rallying point of Christian resistance, and in 1916 he deposed Lij Yasu. Zauditu, the daughter of Menilek II, became empress in 1917, and Ras Tafari was named regent and heir to the throne.

While Zauditu was conservative, Ras Tafari was revolutionary and the subject of the modernist younger generation’s aspiration. In 1923, the entry of Ethiopia to the League of Nations was a notable achievement. He traveled to Jerusalem, Rome, Paris and London in the next year to become Ethiopia’s first ruler to ever go abroad.

In 1928, he held the title of negus (“king”), and two years later, when Zauditu died, he was crowned emperor (2 November 1930) and took the name of Haile Selassie (“Power of the Trinity”). In 1931, he instituted a new constitution that strictly limited the powers of the Parliament.

In effect, since the late 1920s, Haile Selassie was the Ethiopian government, and by setting up provincial schools, improving police forces, and progressively legitimizing feudal taxation, he sought both to help his people and to increase the power of the central government.

Haile Selassie led the resistance when Italy invaded Ethiopia in 1935, but he was exiled in May 1936. In his memorable speech to the League of Nations in Geneva on 30 June 1936, he pleaded for help from the League of Nations. With the advent of World War II, he obtained British support in the formation of an army of Ethiopian exiles in Sudan. 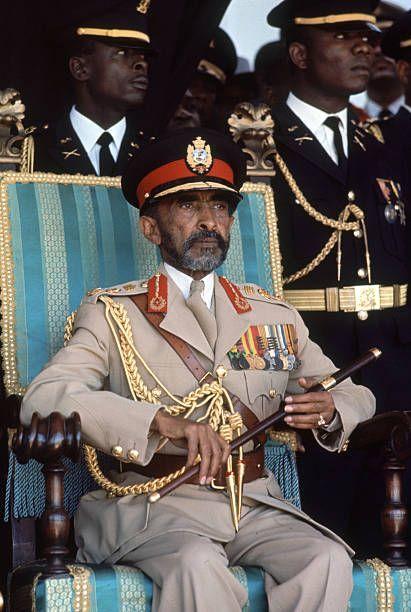 In January 1941, British and Ethiopian troops invected into Ethiopia and several months later captured Addis Abeba. Haile Selassie had to re-establish the power he had exercised previously although he was reinstated as emperor. In an effort to slowly and steadily modernize the government and society of Ethiopia, he again introduced social, economic and educational reforms.

The government of Ethiopia continued to be a significant expression of the personal authority of Haile Selassie. In 1955 he granted him as much authority as the previous constitution. In December 1960, when a dissident wing of the army secured power over Addis Ababa, the open resistance to his government erupted and was not dismissed until he had a strong commitment to the loyalists.

In the formation of the Organization of African Unity in1963, Haile Selassie was of great significance. His domination in Ethiopia continued up to1974, when the drought and unemployment intensified and his government’s political stagnation led parts of army to withdraw.

The Derg, which supported Marxist ideologies, laid down Haile Selassie and formed a temporary military government. Haile Selassie had been held in his own palace under house arrest where he lived the rest of his life. Official accounts at the time attributed his death to natural factors, but later reports revealed that he was strangled at the command of the military government. 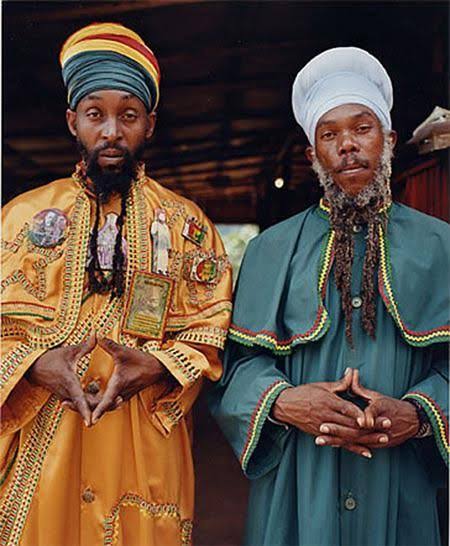 The Rastafari movement considered Haile Selassie the Messiah of all the Black people.