The Azande (plural of “Zande” in the Zande language) are an ethnic group of North Central Africa.

Zande are primarily found in the northeastern region of Democratic Republic of the Congo, south-central and southwestern regions of South Sudan, and the southeastern region of Central African Republic. The Congolese Azande inhabit in Orientale Province, specifically in the Isiro, Dungu, Kisangani, and Duruma areas near the Uele River.

The Azande of Central Africa inhabit in the areas of Rafa, Bangasu, and Obo. The Azande of South Sudan live in Yei, Maridi, Yambio, Tombura, Deim Zubeir, Wau Town, and Momoi, in the states of Central, Western Equatoria, and Western Bahr al-Ghazal.

The Zande are thought to have been established during a military conquest in the early half of the 18th century. They were ruled by two dynasties with distinct origins and political strategies. Most of the political, linguistic, and cultural elements were formed by the Vungara clan. 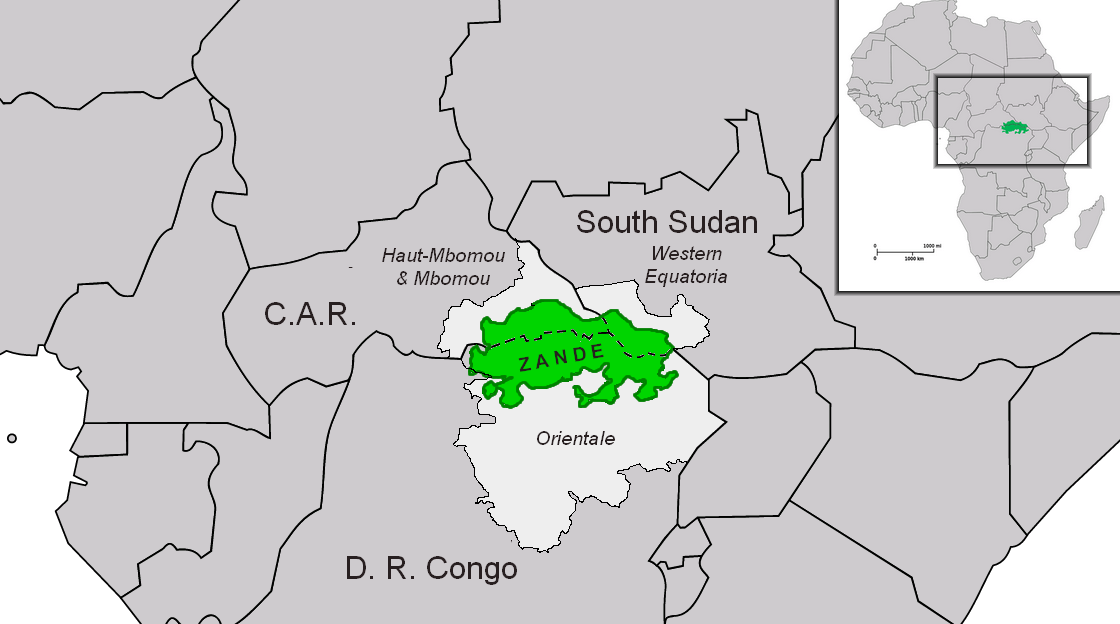 The Bandia people ruled over the Vungara in the early nineteenth century, and the two groups merged to form the Azande people. They resided on the savannas of what is now the Central African Republic’s southeast.

The king’s sons would fight for succession when the king died. The Azande kingdom grew eastward and northward as the losing son established kingdoms in nearby regions.

Later in the nineteenth century, Sudanese invasions put a stop to some of the northward progress. Belgium, France, and the Anglo-Egyptian Sudan partitioned the Azande.

The word Azande refers to their history as conquering warriors and implies “those who have a lot of territory.” Adio, Zande, Zandeh, A-Zandeh, and Sandeh are all variations. In the 18th and early 19th centuries, foreigners frequently referred to the Azande as Nyam-Nyam.

This name is most likely Nuer in origin, and it means “great eaters” in that language, presumably referring to cannibalism. Other tribes in South Sudan used this name for the Azande, which was later adopted by outsiders. The name Nyam-Nyam is now considered pejorative.

The Azande speak Zande, also known as Pa-Zande, and have an estimated 1.1 million speakers. In addition to Azande, the term Zande is used to refer to related languages such as Adio, Barambu, Apambia, Geme, Kpatiri, and Nzakara. The majority of recorded Zande literature is oral, with some published by missionaries in the early twentieth century and some translated in the 1960s.

According to SIL Ethnologue, there are 730,000 Azande speakers in the Democratic Republic of the Congo, 62,000 in the Central African Republic, and 350,000 in South Sudan.

The Azande built huts out of mud and grass, which they framed around wooden poles and coated with grass. Each house was built around a courtyard so that people may assemble and talk to one another. Kitchen gardens, which were adjacent to these courtyards, were for plants that did not require large-scale farming, such as pineapples and mangos. 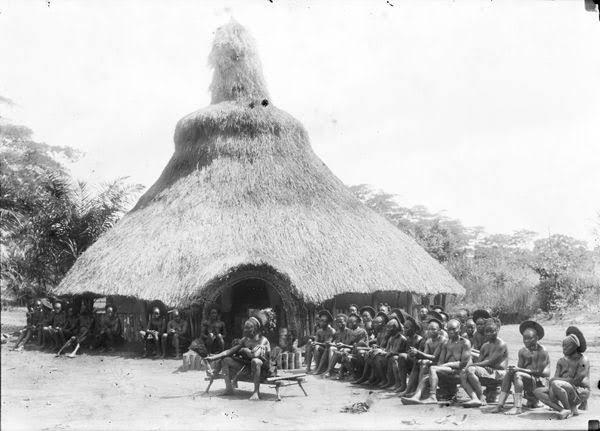 The Azande were divided into chiefdoms, which were also known as kingdoms. The Avongara were nobility, and it was carried down via their ancestry. Chiefs served in a variety of capacities within the chiefdoms, including military, economic, and political leadership. All of the unmarried men worked as workers or warriors.
Clan allegiance was not as essential at the local level inside the chiefdoms. They had “local groups” that were similar to “political organizations”.

Following WWII, the British government attempted to promote cotton growing in southern Sudan through a scheme known as the Zande Scheme. The effort was mostly a failure, in part due to Azande’s relative isolation from trading ports. As a result of their seclusion, many Azande have relocated to communities along major highways.

Azande are primarily small-scale farmers. Maize, rice, groundnuts (also known as peanuts), sesame, cassava, and sweet potatoes are among the crops grown. Mangoes, oranges, bananas, pineapples, and sugar cane are among the fruits farmed in the area.

Zandeland also contains a lot of palm oil and sesame. World Vision International purchased agricultural produce in Zande from 1998 to 2001, which benefited the country’s agriculture.

The Azande have hunted and grown millet, sorghum, and corn since then. Cassava and peanuts are important economic crops.
The Azande live in a region with two seasons. During the rainy season, both men and women assist in retrieving food from the river.

Art is an important aspect of Zande culture. They are best known for their throwing knives, known as the “shongo.” With its curved and multi-bladed features, it demonstrates the mastery of Zande metal artisans. Sculptures constructed of wood or clay were more common in their work.

Many depicted animals or ancestors who were significant in their culture. They made thumb pianos, Sansas, that resembled humans, animals, and abstract figures, just like their sculptures. These instruments were utilized at major occasions like weddings and ceremonial dances.