Malik Ambar (1548–13 May 1626) was a Siddi military leader and the prime minister of the Ahmadnagar Sultanate in India’s Deccan region.

Malik was born in the Adal Sultunate, in present-day Ethiopia, and was sold as a child and brought to India as a slave. While in India, he created a mercenary force of up to 1500 men.

His headquarters were in the Deccan region, and his army was hired by local kings. Malik rose to become a popular Prime Minister of the Ahmadnagar Sultanate, demonstrating administrative prowess.

He is also regarded as a regional pioneer in guerilla warfare. He is credited with completing a revenue settlement for much of the Deccan, which served as the foundation for subsequent settlements.

He is a revered figure among the Siddis of Gujarat. He humbled the Mughals and Adil Shah of Bijapur while elevating the Nizam Shah’s low status..

Malik Ambar was born in 1548 as Chapu, a birth-name in Kabmbata, the southern area of current Ethiopia, or Harar, Adal Sultanate Mir Qasim Al Baghdadi, one of his slave masters, eventually converted Chapu to Islam and gave him the name Ambar after noting his exceptional intellectual capabilities.

Ambar is thought to be of Oromo heritage, however some reports indicate he was of Maya descent. Between the 14th and 17th centuries, the Christian Ethiopian Empire (headed by the Solomonic dynasty) and neighboring Muslim powers recruited a large number of slaves from non-Abrahamic groups in territories such as Kambata, Damot, and Hadya, which were located on their southern flanks.

Malik Ambar was among those who converted to Islam and were later sent abroad to serve as a warrior. After two decades of battle, both the Solomonic monarchy and the Adal Sultanate were destroyed.

According to the Futuhat-i Adil Shahi, Malik Ambar’s parents sold him into slavery. He ended himself in Yemen’s al-Mukha, where he was sold for 20 ducats and carried to Baghdad’s slave market, where he was sold a third time to the Qadi al-Qudat of Mecca and again in Baghdad to Mir Qasim al-Baghdadi, who eventually brought him to the Deccan Plateau.

Pieter van den Broecke, a Dutch merchant, characterized him as “a black kafir from Abyssinia with a severe Roman face.”
Chengiz Khan, a former Habshi slave who served as the peshwa or chief minister of the Sultanate of Ahmadnagar, then purchased Malik Ambar.

Malik Ambar was freed by his master’s wife after his his master died. He married, and after being released, Ambar briefly served the Sultan of Bijapur, earning the title “Malik” in the process. However, before joining the Nizam Shahi Army, Ambar left this duty due to a lack of support.

From 1607 to 1627, Malik Ambar served as regent of Ahmednagar’s Nizamshahi dynasty. During this time, he bolstered Murtaza Nizam Shah II’s might and power by raising a massive army.

He built a cavalry that swelled from 150 to 7000 men in a short time and revitalized the Ahmadnagar sultanate by installing puppet sultans to oppose Mughal incursions from the north.

Malik Ambar would fight and defeat Mughal emperor Jahangir’s attempts to seize control of the realm during the next decade.

When Emperor Aurangzeb invaded Deccan from 1658 until 1707, Malik Ambar relocated the capital from Paranda to Junnar and created a new city, Khadki, which was eventually changed to Aurangabad.

Malik Ambar is reported to be one of the Deccan region’s proponents of guerilla warfare. Malik Ambar aided Shah Jahan in wresting power from his stepmother, Nur Jahan, who wished to place her son-in-law on the throne.

Malik Ambar had also given the Sultans of Ahmadnagar, who had been conquered by the former Mughals, some credibility (Akbar had annexed Ahmadnagar).

Malik Ambar had taken Ahmednagar Fort and town from the Mughals with the assistance of these Maratha lords. However, Malik Ambar was beaten by the Mughals in one of the engagements and was forced to cede the fort of Ahmadnagar.

In one of the fights, Shah Jahan dealt another devastating blow to Malik Ambar, drastically reducing his power.

He died at the age of 77 in 1626. Malik Ambar and his Siddi wife, Bibi Karima, had two sons, Fateh Khan and Changiz Khan, as well as two daughters.

Fateh Khan succeeded his father as Nizam Shah regent. He lacked his predecessor’s political and military prowess, though.

The sultanate fell to the Mughal Empire within ten years of Ambar’s death, after a series of internal struggles within the nobility (including Fateh Khan assassinating his nephew, Sultan Burhan Nizam Shah III).

One of his daughters married an Ahmednagar royal family prince, who was ultimately enthroned as Sultan Murtaza Nizam Shah II with the help of Malik Ambar.

Shahir Bano and Azija Bano were the eldest and youngest daughters, respectively, and the latter married a nobleman named Siddi Abdullah.

The last daughter married Muqarrab Khan, the Circassian Commander of the Ahmednagar army, who eventually became a general under the Mughal Emperor and was given the title Rustam Khan Bahadur Firauz Jang.

He rose to prominence as a result of his participation in several major military engagements, including the Kandahar Wars against Shah Abbas of Persia. During the Mughal War of Succession in 1658, he was murdered by Prince Murad Baksh in the Battle of Samugarh.

Malik Ambar’s tomb is located in Khuldabad, next to the mausoleum of the great sufi saint Zar Zari Baksh.

In 1610, he founded/inhabited the city of Khirki. Fateh Khan, his son and heir, changed the name to Fatehpur after his death in 1626. When the Mughal Emperor Aurangzeb invaded Deccan in 1653, he made Fatehpur his capital and renamed it Aurangabad. Since then, the city has been known as Aurangabad.

“Malik Ambar is most known for the Nahr or “Neher,” the canal water supply system of Khadki, presently known as Aurangabad. 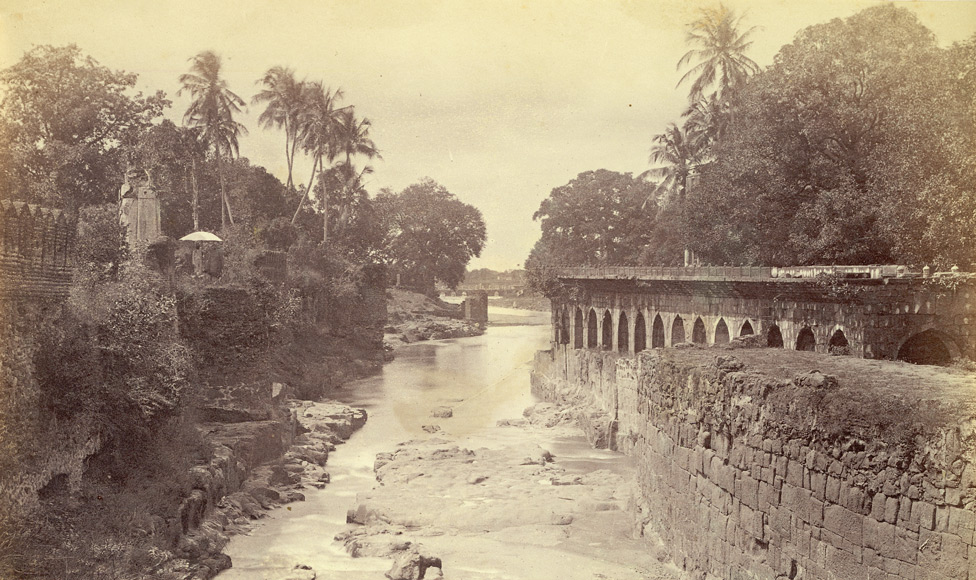 Malik Ambar is attributed with the construction of the Janjira Fort near Murud, Maharashtra, India. Following its completion in 1567 AD, the fort was critical in the Sidis’ ability to repel various invasion efforts by the Marathas, Mughals, and Portuguese to seize Janjira.