The Kingdom of Mauretania was founded in the third century BC, approximately 225 BC. According to modern ethnic taxonomies, its inhabitants are of Berber descent, and it is today located in the western region of Algeria and Northern Morocco.

Mauretania was a kingdom ruled by the Mauri Peoples, who would go on to become famous in history. The Phoenicians gave the region the name Mauharim, which means “Western Land.” Mauretania was the name given to this area later on. The Mauretanian kingdom is thought to have developed more slowly than the Numidian kingdom.

Mauretania was protected by the Atlas mountain massif from the Phoenician thalassocracy, later Carthage, and early Roman warlike attempts.

Mauretania’s inhabitants lived in diverse cities and rural areas, including the fertile Moulouya Valley and the Atlantic coast. Tribes, on the other hand, were able to maintain their identity in hilly areas well into Roman times and beyond.

The Mauri were referred to as early as an expedition to Sicily of 406 BC. 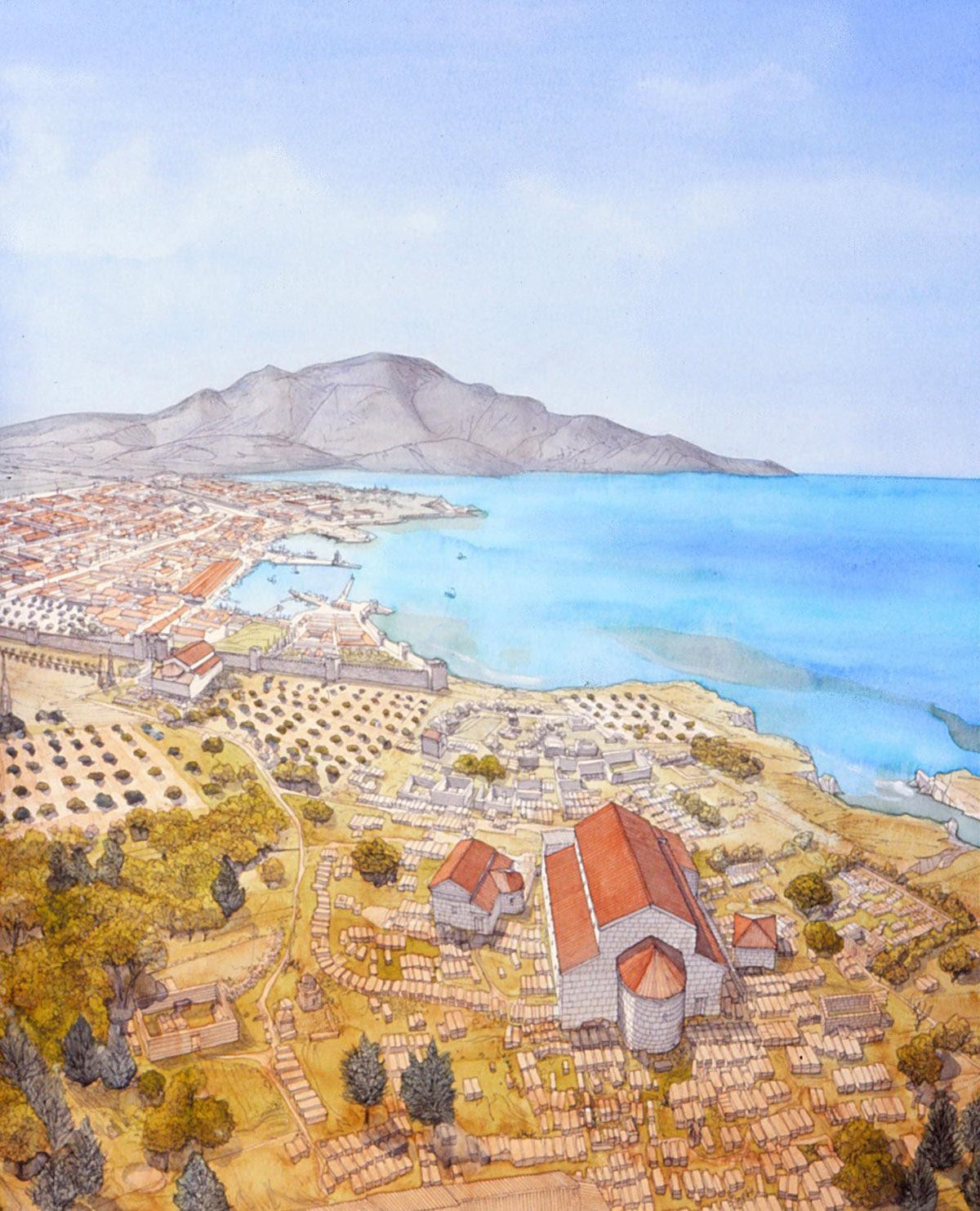 Before the Kingdom of Mauretania

The territory was inhabited by the Berber people before the Kingdom of Mauretania was established. Historians have learned something about the Tichitt tradition by researching some of the buildings.

This legend is based on the ruins of 400 or more towns discovered at Tichitt, which have been dated to between 2,000 and 200 BCE. The area was formerly based on millet production, but as the environment became increasingly arid, this was abandoned.

Dry stonewall remains can be found as far as Guilemsi, defining the Tichitt tradition. Many monuments that appear to be for burial purposes have lately been discovered in Guilemsi, and they are quite similar to those discovered near Tichitt.

Many drawings of various animals have been painted on the rocks, indicating that the area had animal husbandry long before the Kingdom of Mauretania existed. 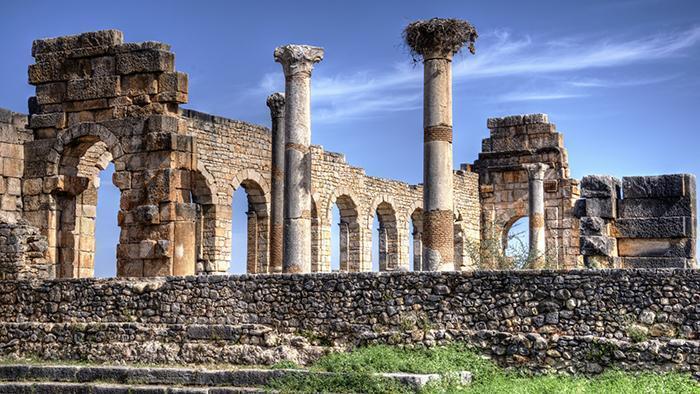 The battle between Eastern and Western Numidia was settled by King Masinissa’s decision to join himself with Rome during the second Punic war.

King Baga of Mauretania provided a bodyguard for King Masinissa as he returned to Africa after making this alliance. As a result, the war was determined, and King Baga’s choice to aid Rome was a significant historical event. He was Mauretania’s first known king.

King Bocchus I was the next known King of Mauretania. In 110 BC, he was crowned King. The kings who reigned in between aren’t mentioned in history. He was Jugurtha’s father-in-law, and he supported Jugurtha in a struggle against the Romans. They were triumphant in their victories, but Bocchus understood that Jugurtha could not win a longer war against the Romans and collaborated with the Romans in handing Jugurtha to them.

As a result, he made overtures to the Romans in the hopes of forming an alliance with them. Jugurtha was caught in this trap and handed over to the Romans. He would reign until the year 80 BC.

The next King was King Mastanesosus, who was followed by his son Bocchus II.

The reign of King Bocchus II began in 49 BC. Mauretania was controlled jointly by Bocchus and his younger brother Bogud at the start of his reign. Bocchus II dominated the east bank of the Mulucha River, while his brother ruled the west bank.

Julius Caesar, King of the Romans, recognized their title. They planned to invade Numidia and take Cirta, Juba’s capital. Caesar would give Bocchus a portion of Masinissa II’s territory at the end of the war. Boccus and Bogud would go on to battle in other Caesar-led campaigns.

Trouble would arise between the brothers following Caesar’s death. Bogud was a supporter of Mark Antony, whereas Bocchus was a supporter of Octavian. While campaigning in Spain in 38 BC, King Bocchus conquered Bogud’s land. As a result, Bocchus became the only ruler of Mauretania, and Octavian recognized him.

Bogud would die in Anthony’s campaigns, essentially putting an end to any resistance to his rule. On Bocchus’ death in 33 BC, he instructed Mauretania to befriend Romans, so making Mauretania to have good relations with Romans.

Following Bocchus’ death, the Kingdom was left without a ruler. Despite his will, Emperor Augustus was unwilling to take direct control, possibly fearing that the mountain tribes would pose a significant threat to the Romans, and instead chose a local ruler.

Instead, Augustus placed Juba, the son of the last Numidian ruler, as king. Juba spent his childhood in the Roman Empire and went on to rule as a perfectly faithful client monarch for 40 years.

Juba’s actions in Mauretania bear numerous similarities to Masinissa’s actions in Numidia. Juba was a calm, totally Hellenized man who was also a prolific Greek author. His capital was renamed Caesarea, in honour of the great Roman King, and he started urbanizing the region. He was succeeded by his son Ptolemaus.

Ptolemaus governed until 40 AD, when emperor Gaius summoned him to Rome and had him executed. It is unknown why this person was executed. This event, which occurred before to the area’s provincialization, provoked an insurrection that was put down after many years, but not without heavy casualties. The Mauretanian kingdom and self-rule came to an end at this point.

King Atlas was a legendary king of Mauretania before 500 BCE. He was credited with the invention of the celestial globe.

From before roughly 400 BC, the Mediterranean coast of Mauretania had harbours that were used commercially for trade with Carthage. Berber tribes ruled the interior, which traded heavily with Carthage and, later, with the Romans.

The Mauretanian kings as a whole implemented large-scale urbanization in the region, which was influenced by the Roman Empire’s growth.

King Juba is credited with urbanizing most of the province and upgrading agricultural techniques, probably as a result of the era of peace that followed the end of the First, Second, and Third Punic Wars, which allowed Mauretania to concentrate on trade and prosperity.

During periods when Mauretania supported Rome against Carthage and Rome over Numidia, the Mauretanians also benefited from tax exemptions from Rome.

The Romans expanded port facilities and conducted substantial trade, bringing the area’s influence to a level not seen since the Punic era. As a client state of the Roman Empire, most of these were exported to Italy; but, as a result, the Mauretanian kingdom gained economic independence that few other client states had.

The Mauretanian kingdom also possessed well-trained and disciplined soldiers, as well as a people who were more than eager to battle for their Empire, to the point where Augustus, the Roman Emperor, did not dare to assume full rulership of the Kingdom, despite having the Empire willed to him. Mauretanian soldiers may have been among the Roman soldiers discovered on the Antonine Wall later.