African King, Hannibal invaded Rome & Italy in 218 BC, ruling it for over 15 years

King Hannibal was a Carthaginian army General Commander – in – Chief born in 247 BC in Carthage(today Tunisia). During the First Punic War between 264 and 241 BC his father, Hamilcar Barca, was a prominent Carthaginian Leader. King Hannibal is one of the greatest military leaders and greatest tactician commander in history of the world.

When King Hannibal was born, the Carthage was at times of decline but Hannibal later pushed the Kingdom to its peaks both in military and economic wings.

1 in 10 would believe crossing from Africa to capture nations in Europe. King Hannibal managed to cross to Italy with his tactically trained army and African war elephants. He was well equipped as he was treating the sick on the way to Italy.

Two years before the Carthaginian general crossed the Alps, he won a decisive victory at the Battle of the Tagus

King Hannibal crashed down on Northern Italy with 26,000 soldiers, including Spanish infantry, Numidian cavalry, and war elephants, after losing some of his men crossing the Alps.

Hannibal believed that anti-Roman Gauls and city-states prepared to switch allegiances may help him strengthen his army. Hannibal was attacked by many Roman forces but all the Roman efforts failed. 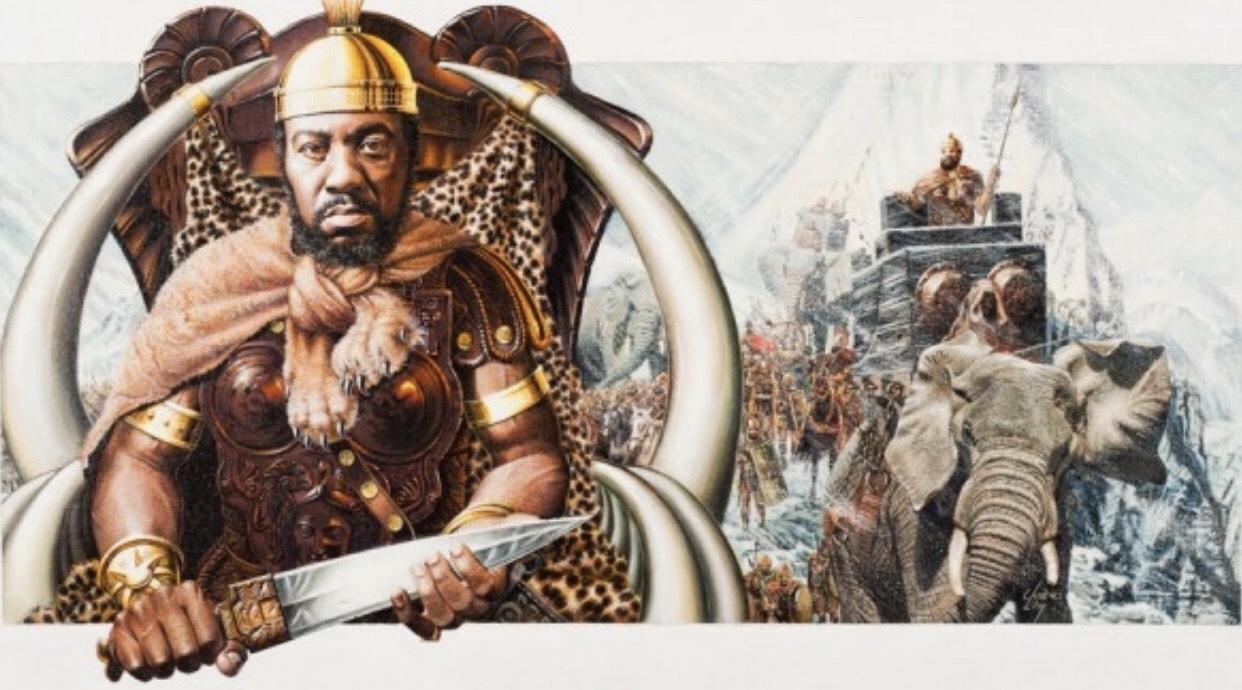 Hannibal displayed his genius at both Trebia and Lake Trasimene, applying envelopment tactics that virtually obliterated the legions. Hannibal was also an expert at ambush and evaded Roman “hit and run” tactics that wore down the enemy while avoiding direct contact.

The battle of Cannae, fought in Southern Italy, was the most humiliating defeat in Roman history. The Senate had made the mistake of assigning joint command to two inexperienced consuls. Hannibal snuck up on the Romans, who were caught in a pincer movement. Although Rome resisted, resources and men were slowly fading.

Leaving Spain in 218 BC, Carthaginian general Hannibal led a formidable army across the Alps during the dangerous winter to invade Italy from the north in what historian Michael Grant refers to as “the most terrible of all Rome’s struggles.” This marked the start of the Second Punic War, a 15-year invasion of Italy led by Carthage’s most famous general.

In the end, as Roman general Publius Cornelius Scipio took the war to the gates of Carthage in North Africa after winning Spain for Rome, Hannibal wisely returned to defend the city, then left Zama, effectively ending Carthaginian dominance of the western Mediterranean for over 500 years.

King Hannibal is widely remembered for his braveness and tactical skills of fighting. His statues are today found in Rome and Italy as his military tactics used in modern military training and frontlines.