Queen Nzinga Mbande was the ruler of the Mbundu kingdoms of the Ndongo (1583-1663), she is sometimes referred to as Anna Nzinga, in what is now Angola.

Queen Anna Nzinga (approximately 1581-1663) one of the prominent women rulers of Africa. She ruled what is today called Angola throughout the 17th century battling slave trade and European influence. Queen Anna Nzinga is Known as an intelligent diplomat and visionary military ruler, for more than 30 years she had resisted the Portuguese annexation and slave trade in Angola.

A French artist named Achille Devéria produced the lithograph in the 1800s and colored it a few decades early by an unknown artist.

Nzinga Mbande, King Kiluanji ‘s favorite daughter of the Ndongo, was educated and personally experienced the rule of her father’s rule. Her father took her with him when he went to war.

In South West Africa, Kiluanji made agreements with the Portuguese who extended their slave-trading activities, and this partnership was continued with her brother who succeeded her father.

In 1617, Portuguese governor Correia de Sousa attacked the kingdom of Ndongo, which obtained thousands of people from Mbundu.

Ndongo king delegated his sister to Nzinga Mbande to go on his behalf when he was invited in the peace talks called by the Portuguese in 1621.

In her famous meeting with the De Sousa sears were only given to the Portuguese and Nzinga was intended to sit down on floor but she commanded her guards to act as her chair.

Mbande moved in the negotiations a fine line between stopping the Portuguese from controling the Kingdom as they did in Kongo, but at the same time holding trading opportunities for weapons in order to reinforce their forces.

She succeeded the agreement but she was given a condition to convert to a Christianity and was baptized as Anna de Sousa, with Portuguese governor becoming her Godfather.

Mbande succeeded her brother after his death and became the Queen of Ndongo in 1626. Her empire started in danger when the Portuguese returned and, as other neighboring tribes did, declared war on her.

Mbande was forced to take back from her own territory. South of Matamba, she invaded Matamba and captured the Queen of Matamba, and her army was driven away. 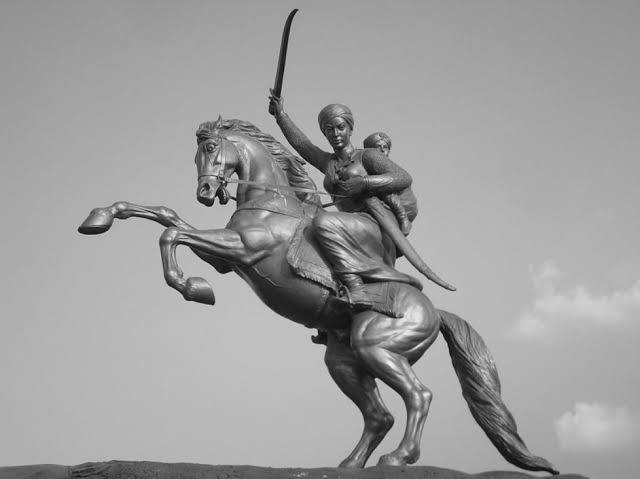 Then Mbande set up herself as a new Matamba emperor, from where she launched a prolonged guerrilla warfare campaign against the Portuguese that was going to last thirty years. Mbande had become an iconic warrior and gained reputations.

It is also unproven that she had a personal harem of over 50 people. All is known is that a Mbande army, consisting of escaping Slaves, rebelled  soldiers and women, was against Portuguese.

She had formed an alliance with the Dutch in managing European rivalries and hired her own personal bodyguards of 60 gun-armed Dutch skilled military men.

In 1644, 1646 and 1647, Mbande defeated the Portuguese army effectively in collaboration with the Dutch. However in 1648 Mbanda was pushed to undertake battle alone. The Dutch were driven out of the region. While she could never overthrow them, she rejected the Portuguese annexation for decades competently.

Mbande led her troops to fight personally until she was sixty, but at the end of the long war both sides fought down. She concluded in 1657 and signed with a peace treaty Portugal.

She spent the rest of her life rebuilding a country ravaged by war and over-agriculturalism. In 1663, when she was 81 years old, she died of natural causes.