The ceremonial dagger of King Tutanchamun, one having a hardened gold edge and the other one with a meteoric iron.

Since the predynastic days, Dagger was used by the inhabitants of Kemet, although there are very prominent examples from the ancient kingdom.

They were mainly made of copper or bronze in the Middle Kingdom and the New Kingdom; except for artistic purposes, gold was mostly reserved for royal command.

Queen Ahhotpe, mother of Ahmosis I, the 18th Dynasty creator, has in her buried tools a heavy dagger in gold and sheath.

Tutankhamun’s mummy was provided with two daggers, a blade of iron, and a blade of hard gold wrapped in gold sheeting.

Since the 1960s, high levels of nickel across the iron blade are a sign of meteoric origin.

A study of the X-ray spectrometer in June 2016 shows that the blade is composed primarily of iron and 11 percent (Ni) of nickel and 0.6 percent cobalt (Co), respectively.

It shows that its composition is in the middle of the eventually discovered group of 76 iron meteorites.

Iron objects were primarily used for decorative, ornamental, ritual, gift, pigmentation and ceremonial functions. Thus during that time iron was found to be more valuable or attractive than gold.

In the era preceding Tutankhamun’s reign (during the time in power of Amenhotep III), iron objects were presented as a ceremonial gift.

Check out pictures below: 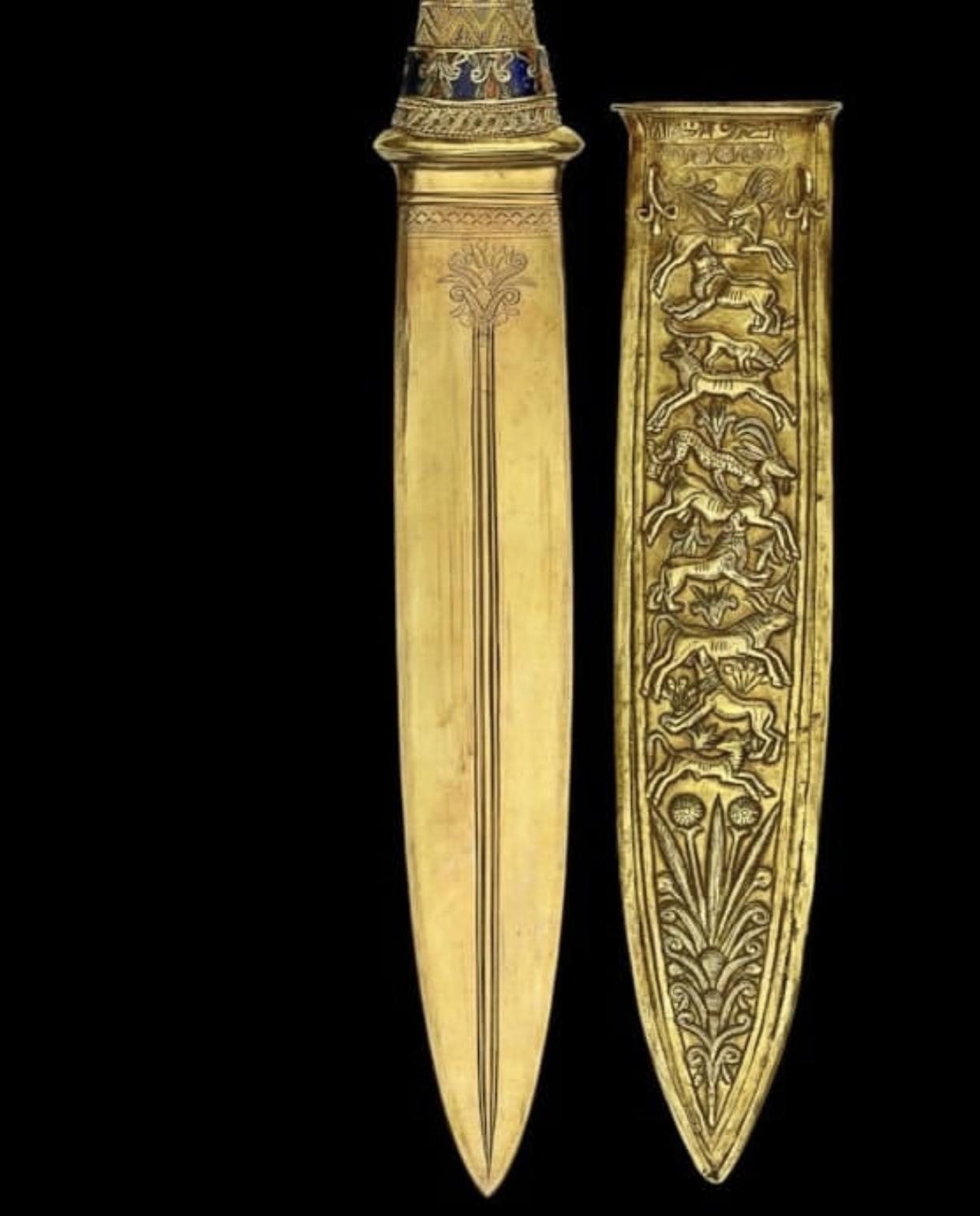 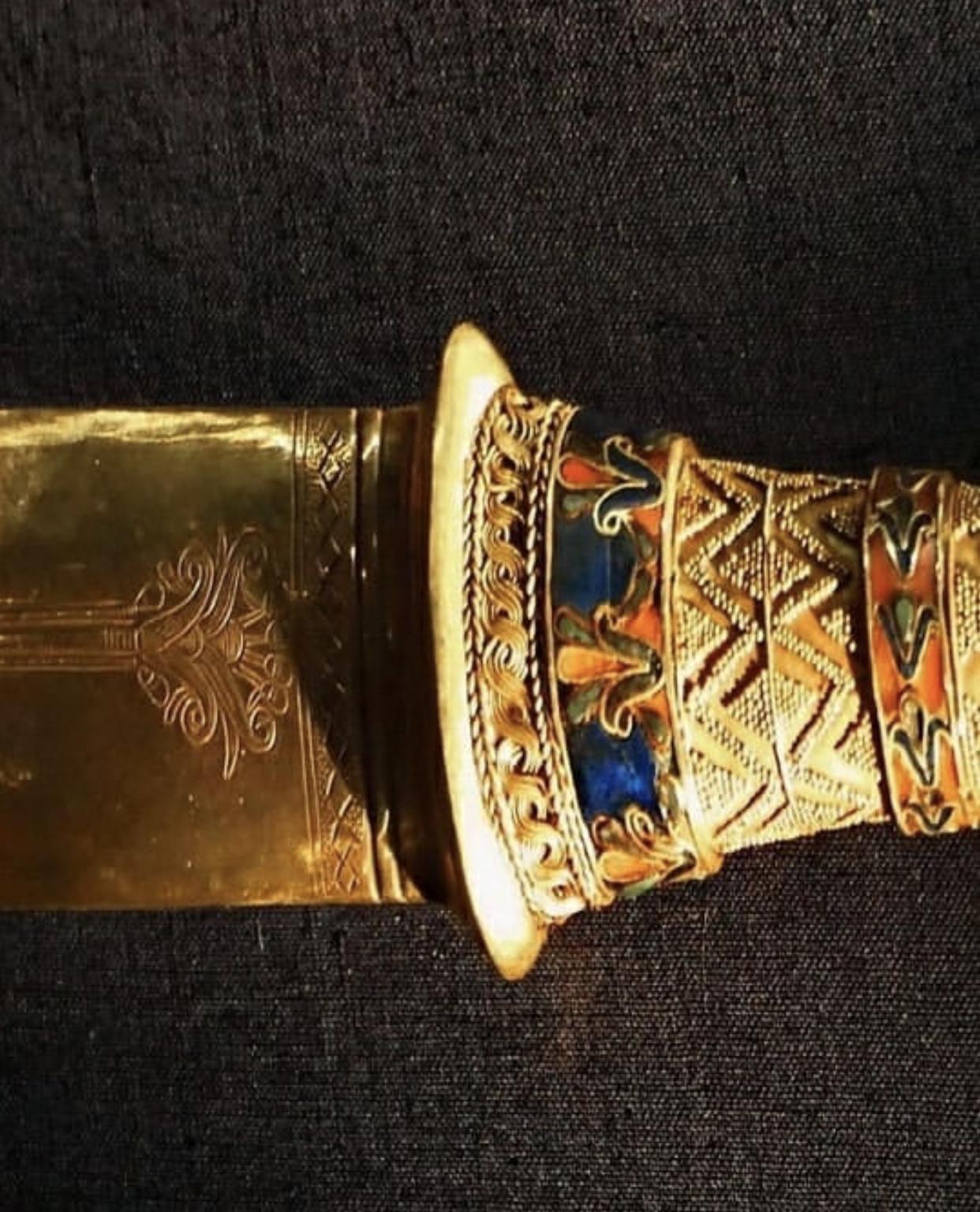 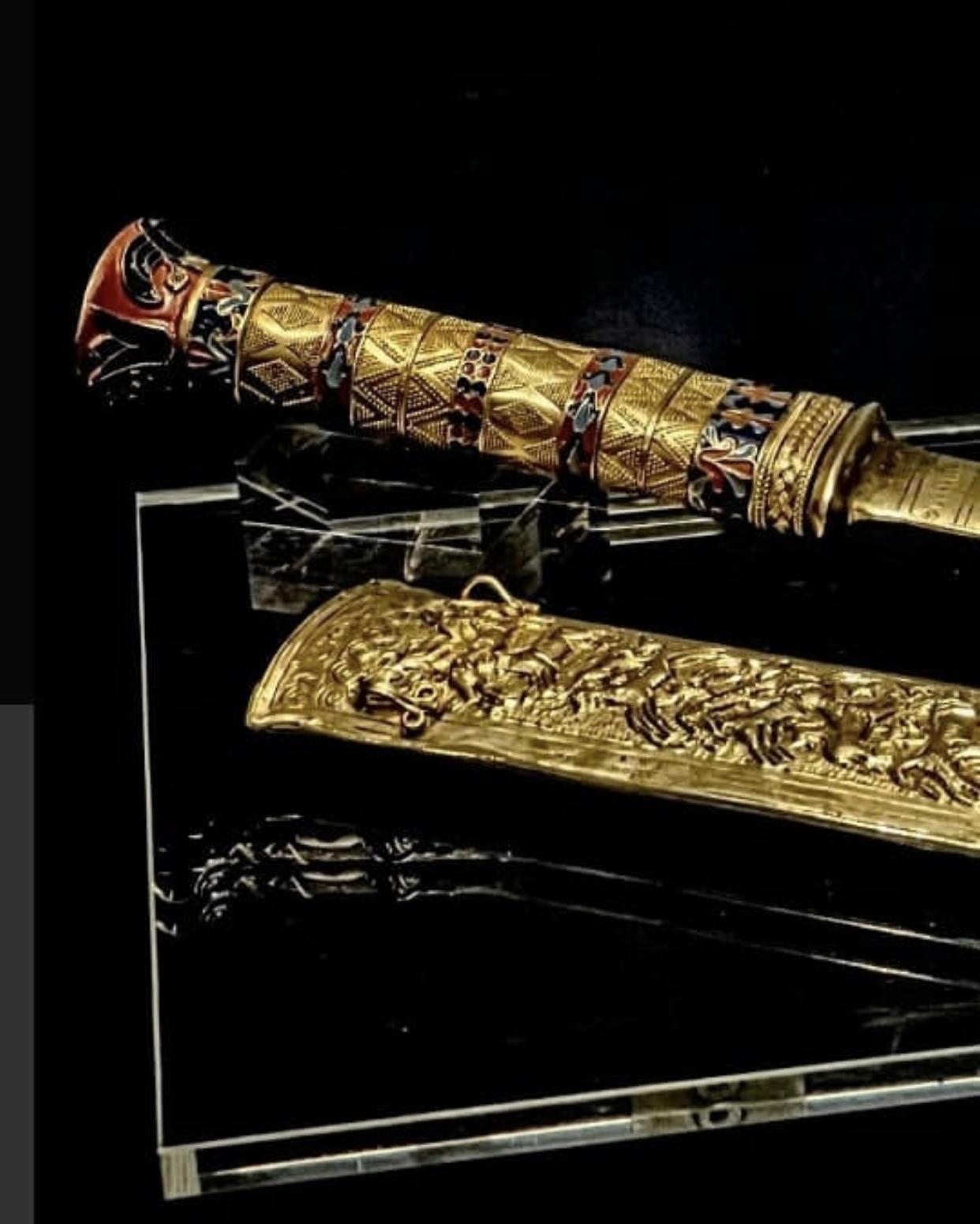 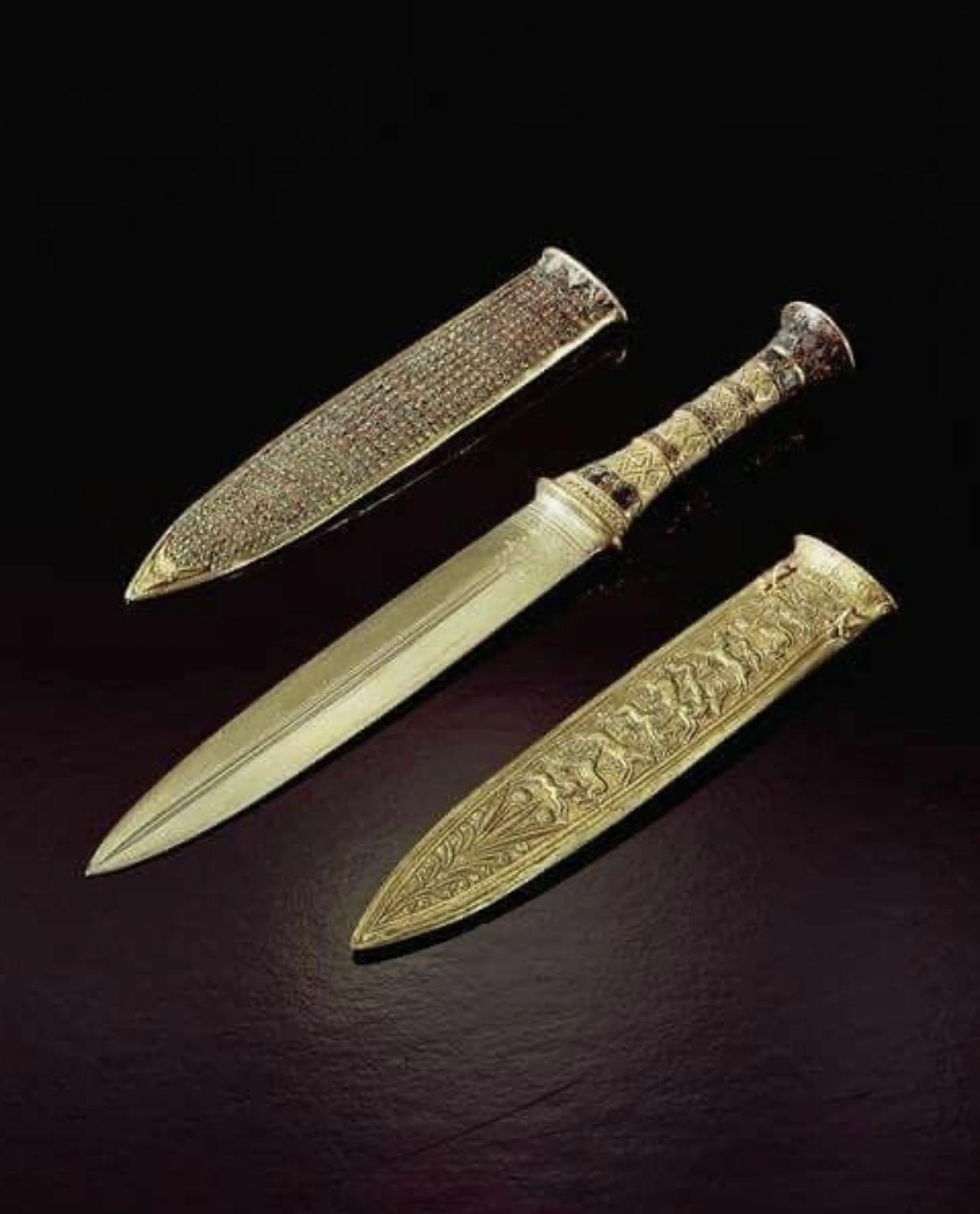 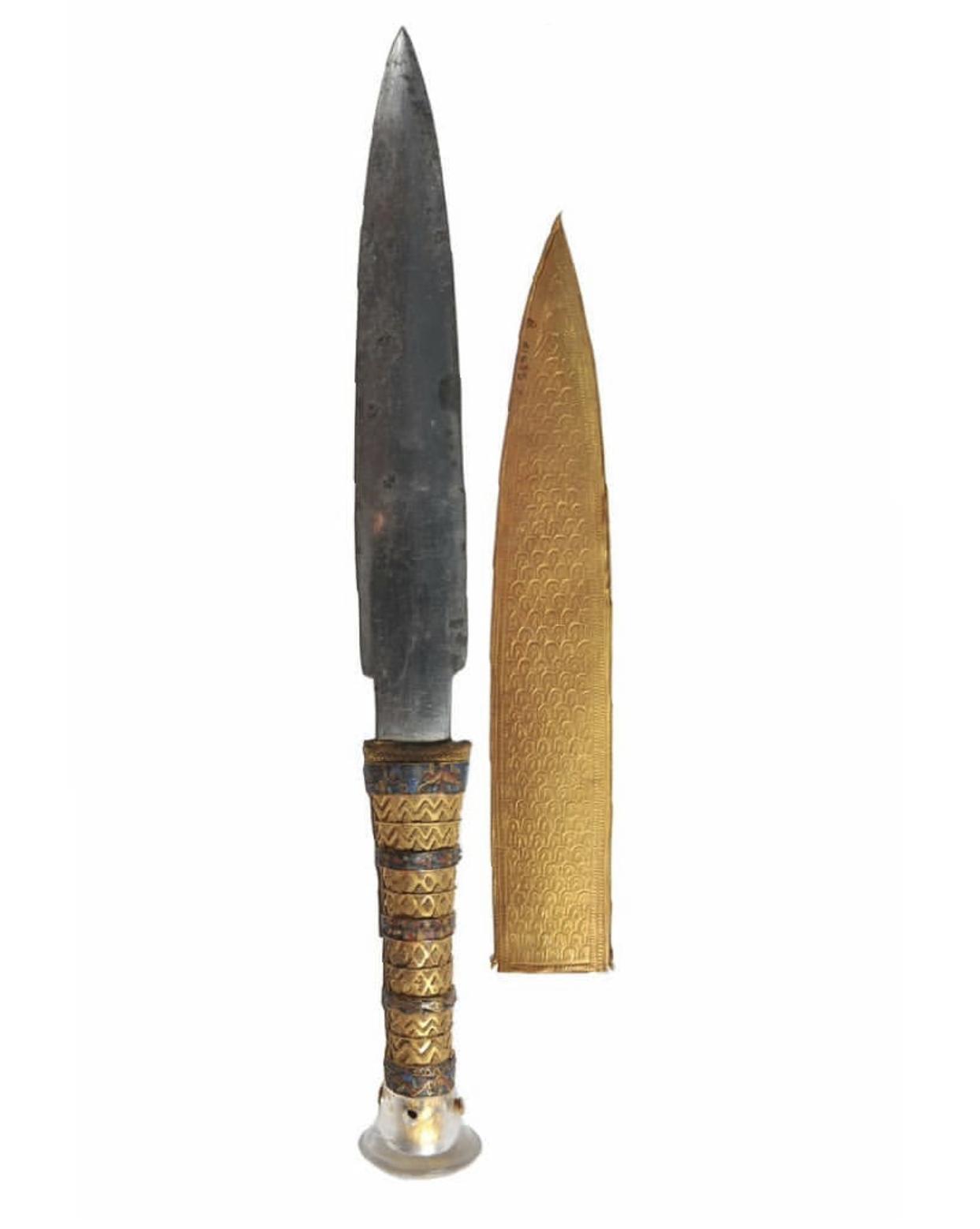