Tutankhamun was an ancient Egyptian pharaoh who, in the New Kingdom of Egyptian history, was the last of his royal family to rule at the end of the 18th dynasty. His father was Pharaoh Akhenaten, who was thought to be the mummy found in the KV55 tomb.

This wooden sculpted head of Tutankhamun also known as the Head of Nefertem was found in the tomb of Tutankhamun (KV62) in the Valley of the Kings in West Thebes.

It depicts the King as a child and dates from the 18th Dynasty. The sculpture depicts the Pharaoh in the guise of Nefertem, the god of the dawning sun.

The child-god Nefertem springs from a blue lotus, which was associated with the revival of the Sun in the morning because its buds close at night and reopen at dawn.

The blue base of the bust symbolises the primordial waters from which the sun rose at the beginning of creation. 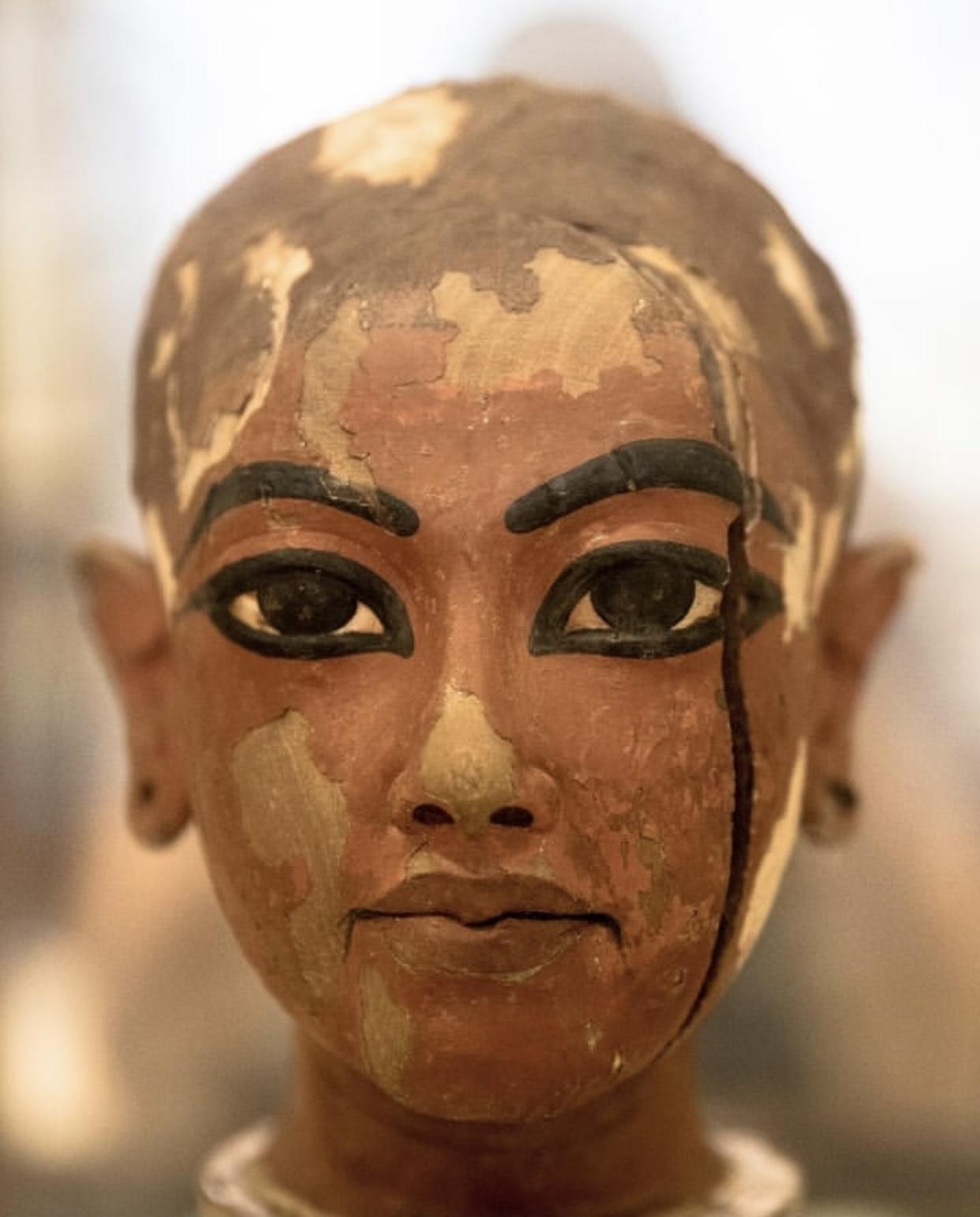 The Pharaoh was closely associated with the Sun, but the depiction of him in the guise of this particular solar deity was meant to magically guarantee that the Pharaoh would be reborn once more, just as the Sun is is reborn at dawn.