Ibrahim Njoya, the African King who developed writing method that was destructed by French

King Ibrahim Njoya was the ruler of Bamum, the great ethnic group in what is now western Cameroon, in 17th Century from the years of 1860 to 1933.

The history of the Bamum people was preserved before his reign at the end of the 19th century, mainly through oral transmission from one generation to the other.

Because of concerns about the eradication or corruption of essential historical facts of Bamum, Njoya introduced the alphabet to write down his people’s past.

He started his alphabet as a pictogram, but later it developed some 70 characters fused with Arabic and Vai scripts.

In conclusion the script A-ka-u-ku was produced, and since then it retains better than the previous oral narratives the rich traditions of the Bamum.

Njoma founded schools and instructed the language as a medium of education to ensure that written language was widely accepted.

He also directed all the government levels to use the language. 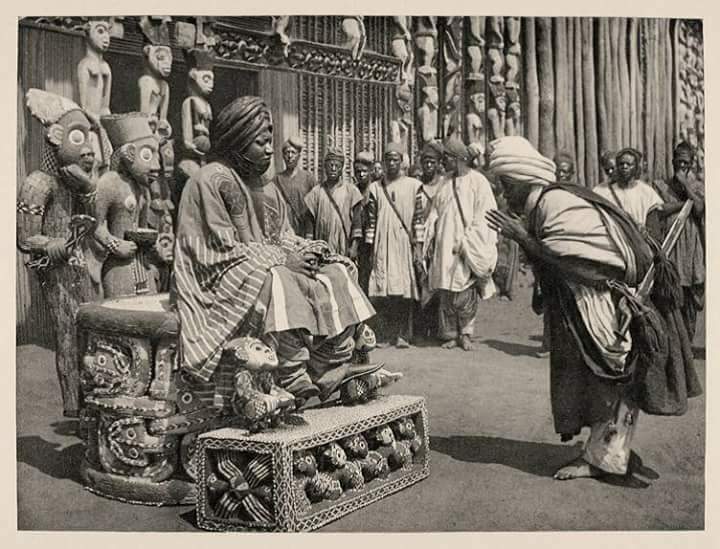 King Njoya has been commended for his brilliance and everything, like a corn shrink, in history books, not just for his writing method.

He was said to be affable, to be open to his people and to listen to their concerns at all times.

Njoya was in contact with French and German colonizers during the same time.

However, he was friendly to the Germans but the French took over German territory after World War I and eventually took over Cameroon.

The French, threatened by King Njoya’s accomplishments, prohibited the use of his method of writing and destroyed the press, libraries and many books he wrote.

He was subsequently expelled in Yaoundé’s capital in 1931 and died in 1933.

The French raided Fumban, the capital of his kingdom, but the present sultan Ibrahim Mbombo Njoya, King Njoya ‘s grandson is present today, with a ceremonial function.