Mampuru II, Sekhukhune was the son of Sekwati I and succeeded him upon his death on 20 September 1861. After forcibly taking the throne from his half-brother and the apparent heir.

His other known siblings were: Legolwana, Johannes Dinkwanyane, and Kgoloko. In 1862, Sekhukhune married Legoadi IV and lived on a mountain he fortified, now recognised as the Thaba Leolo or Leolo Mountains.

He had his young subjects work in white mines and on farms to reinforce his empire and to protect against European colonization, so that their wages could be used to buy firearms from the Portuguese in Delagoa Bay, as well as livestock.

Two significant battles were fought by Sekhukhune. In 1876, against the ZAR and their Swazi allies, the first war was successfully fought. The second war, in what became known as the Sekhukhune Wars, against the British and Swazi in 1879, was less successful. 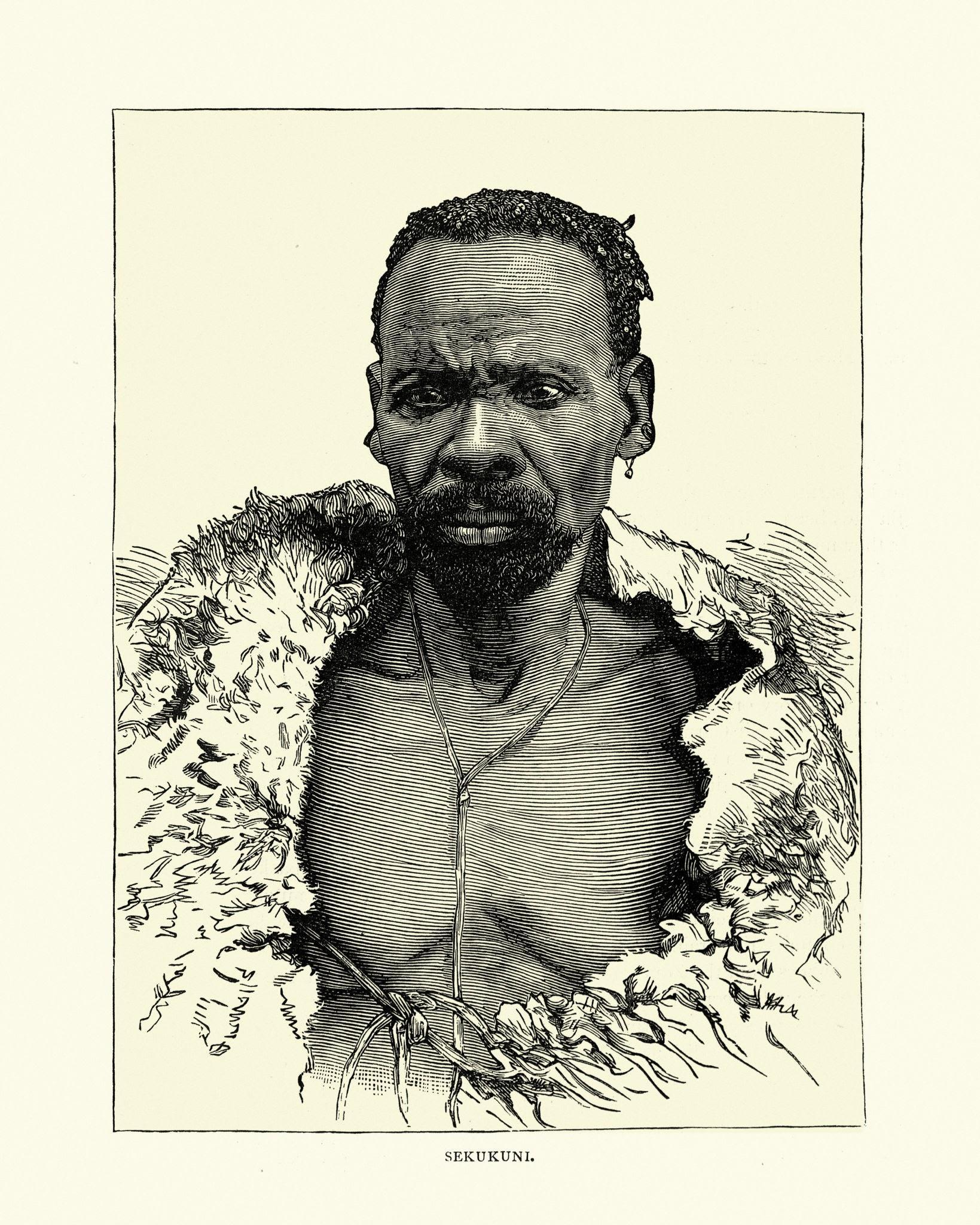 In Pretoria, Sekhukhune was detained till 1881. He was fatally stabbed by an assassin in Manoge in 1882, after returning to his kingdom. It is believed that his brother and rival, Mampuru II, sent the assassins.

President Thomas François Burgers of the South African Republic (Transvaal) launched an attack on Sekhukhune and the Pedi on 16 May 1876. On 1 August 1876, but Sekhukhune destroyed the Transvaal army. The government of the Bergers later launched another assault by recruiting the services of the Lydenburg Volunteer Corps under the command of German mercenary Conrad von Schlickmann (killed in a Pedi ambush later that year), but it was also repulsed.

A peace treaty was concluded at Botshabelo on 16 February 1877 by the two sides, mediated by Alexander Merensky. On 12 April 1877, the Boers’ failure to subdue Sekhukhune and the Pedi led to the departure of the Burgers in favor of Paul Kruger and the British annexation of the South African Republic (Transvaal) by Natal’s Secretary for Native Affairs, Sir Theophilus Shepstone.

Although the British first denounced the Transvaal battle against Sekhukhune, the annexation was resumed. Three British attacks were successfully repelled in 1878 and 1879, before Garnet Wolseley unfortunately defeated Sekhukhune with an army of 2,000 British troops, Boers and 10,000 Swazis in November 1879. Sekhukhune was arrested on 2 December 1879 and jailed in Pretoria on 9 December 1879.

Aftermath
The Pretoria Convention, which provided that Sekhukhune was released in Article 23, was signed on August 3, 1881. He left for a place called Manoge as his capital was burned to the ground. On 13 August 1882, his half-brother, Mampuru II, claimed to be the legal king, assassinated Sekhukhune. In 21 November 1883 Mampuru had been captured, tried for assassination and hanged in Pretoria.

After his death, Bopedi (Kingdom of Pedi) was split by the native commissioners in small, powerless sections. His great-grandfather Sekhukhune II began a failed war on the South African Republic in an attempt to rebuild the Bapedi Kingdom. The defeat marked the end of Pedi’s opposition to external powers. 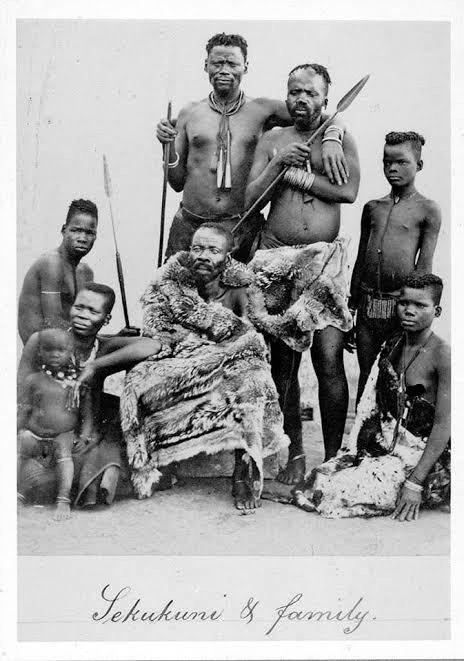 — The London Times
The Sekhukhune District Municipality in Limpopo Province was named after him in 2000; the area is also known as Sekhukhuneland.
Source: The South African Military History Society. Wikimedia