The Kingdom of Lunda (c. 1665 – c. 1887) was a confederation of states located in what is present-day the Democratic Republic of Congo, north-eastern Angola, and north-western Zambia, with Katanga as its capital.

he Lunda confederation was founded on the foundation of a commune known as an N’Gaange in the kiLunda (kiyaka-kipunu) language. It was ruled by the Mwane-a-n’Gaange, a ruler with the title of Mwane-a-n’Gaange.

Ilunga Tshibinda, one of these rulers, came from Luba, where his brother was the king, and married a royal woman from a neighboring nation. Their son then became Lunda’s first paramount ruler, earning the title Mwane-a-Yamvu (c. 1665).

Lunda Kingdom at it height

The Lunda Kingdom also received Muslim military advisors and some dated arms from the cities of Nyangwe and Kabambare, in addition to this military power based on sheer numbers. They acquired political links through marriage with Luba kings’ descendants.

The Lunda people were able to colonize and settle other tribes, expanding their empire across southwest Katanga into Angola and northwestern Zambia, as well as eastwards along Katanga into what is now Luapula Province in Zambia.

With Mwata Yamvo as paramount ruler and a ruling council (following the Luba model) to assist with administration, the kingdom became a confederation of a number of chieftainships that enjoyed a degree of local autonomy (as long as tributes were paid).

The kingdom’s strength allowed it to conquer the territory of other tribes, especially in the east. A number of migrations took place in the eighteenth century as far as the area south of Lake Tanganyika.

Bemba people of Northern Zambia are descended from Luba settlers who arrived in Zambia during the seventeenth century. At the same time, Mwata Kazembe, a Lunda chief and warrior, founded an Eastern Lunda kingdom in the Luapula River valley.

The collapse of Lunda Kingdom
The Chokwe, who were armed with weapons, invaded Lunda in the nineteenth century, bringing the kingdom to an end. With their own language and customs, the Chokwe formed their own kingdom. Lunda chiefs and citizens remained in the Lunda heartland, but their influence had dwindled.

The Lunda heartland was split between Portuguese Angola, King Leopold II of Belgium, and the British in North-Western Rhodesia at the start of the colonial period (1884), and became Angola, DR Congo, and Zambia, respectively.

The following is a list of the Rulers of the Lunda Empire.
The Lunda were initially ruled by kings with the title Mwaantaangaand meaning “owners of the land”. This later became “Mwaantayaav” or “Mwaant Yaav” with the rise of Mbala I Yaav. 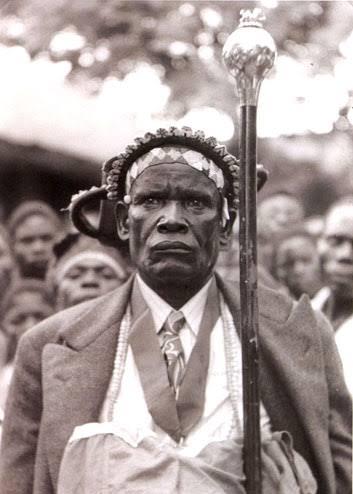