The Maasai: One of oldest warrior tribes in Africa

The Maasai are an African indigenous ethnic group of semi-nomadic people who live in Kenya and northern Tanzania. Because of their distinct traditions, customs, and dress, as well as their proximity to East Africa’s many national game parks, the Maasai are among the most prominent African ethnic groups and are well-known internationally due to their ties to the national parks and reserves.

Despite programs established by the Kenyan and Tanzanian governments to encourage the Maasai to abandon their traditional semi-nomadic lifestyle, the Maasai people have maintained their age-old customs. This is, however, changing, albeit slowly.

According to the tribe’s oral history, the Maasai originated in the lower Nile Valley north of Lake Turkana (north-west Kenya). They began migrating south in the 15th century and arrived in the 17th and 18th centuries in the long trunk of land stretching across central Tanzania and Northern Kenya.

The Maasai territory reached its peak in the nineteenth century, when it encompassed the majority of the Great Rift Valley and adjacent lands between Dodoma and Mount Marsabit.

At the time, the Maasai were raiding cattle on Tanzania’s Tanga Coast in the east. They fought with shields and spears, but were most feared for throwing orinka (clubs) from up to 70 paces (approximately 100 meters).

After depopulating the Wakuafi Wilderness in southeastern Kenya, the Maasai warriors threatened Mombasa, on Kenya’s coast, according to the report of concentrated Maasai warriors.

As a consequence of this migration, the Maasai are now the southernmost Nilotic speakers.

The Maasai ‘Emutai’ of 1883-1902 arrived after the expansion period. Smallpox, contagious bovine pleuropneumonia, and rinderpest epidemics marred this time period.

Roughly 90% of cattle and half of wild species died as a result of rinderpest. This apocalyptic period was accompanied by a drought. In 1897 and 1898, the rains completely ignored the lands.

Beginning with a treaty in 1904 and followed by another in 1911, Maasai lands in Kenya were reduced by 60% when the British evicted them to make way for settler ranches, confining the Maasai people to present-day Narok and Kajiado districts.

In the 1940s, the Maasai of Tanzania were driven out of their fertile lands between Mount Kilimanjaro and Mount Meru, as well as the majority of their fertile mountainous regions near the Ngorongoro Crater.

More land has been claimed in order to establish national parks and wildlife reserves. Masai Mara, Samburu, Ngorongoro, Amboseli, Nairobi National Park, Serengeti, Lake Nakuru, Manyara, and Tarangire are some of the most popular safari destinations in Kenya.

Maasai are traditionalists who have resisted pressure from Kenyan and Tanzanian governments to adopt a more modern way of life. The Maasai have rightfully demanded pasturing and grazing rights in several Tanzanian and Kenyan national parks.

The Maasai tribe was adamantly opposed to slavery and lived alongside the majority of the land’s wild animals, with an aversion to eating birds and game. Maasai land now has some of the best nature and wildlife reserves in East Africa.

The Maasai, a nomadic people, have traditionally built their unusual and interesting homes with readily available materials and indigenous technology. The traditional Maasai house was designed for people on the move, so it was very impermanent in nature. Women construct the Inkajijik (houses), which are either circular or loaf-shaped.

Their villages are surrounded by a circular Enkang (fence) built by the men to protect their cattle from wild animals at night.

Maasai society is firmly patriarchal, with elder Maasai men, occasionally joined by retired elders, deciding most major matters for the Maasai tribes. The Maasai are monotheists, and their God is known as Engai or Enkai.

For Maasai people who live a traditional way of life, there is no formal funeral ceremony, and the dead are left out in the fields for scavengers. Burial has traditionally been reserved for great chiefs only, as the Maasai believe burial is harmful to the soil.

The traditional Maasai way of life revolves around their cattle, which are their primary source of food. A man’s wealth is measured in terms of children and cattle among the Maasai and several other African ethnic groups. As a result, the more the merrier.

A man who has a lot of cattle but few children is considered poor, and vice versa. According to a Maasai myth, God gave them all the cattle on earth, leading to the belief that rustling from other tribes is a matter of claiming what is rightfully theirs, a practice that has now become much less common. 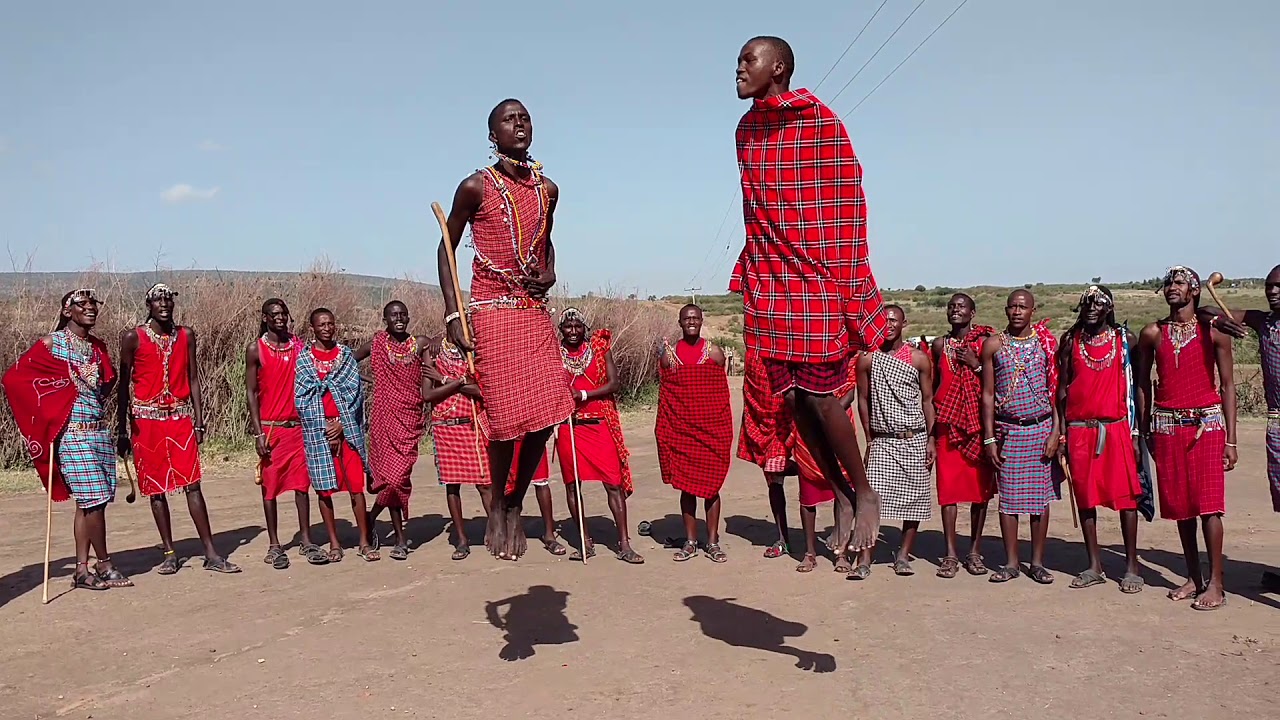 Maasai music traditionally consists of rhythms rendered by a chorus of vocalists singing harmonies while the olaranyani (song leader) sings the melody. The olaranyani is usually the person who can sing the song the best.

The olaranyani begins singing the namba of a song, and the group responds with a single unanimous acknowledgement call. Women sing lullabies, hum songs, and recite lullabies to their sons.

The function of the Greater Kudu’s horn in summoning morans (initiates) for the Eunoto ceremony is one omission to the vocal creation of Maasai music (a coming of age ceremony). The ceremony usually lasts ten days or more. [Flirting is also involved in the singing and dancing around the manyattas.

Young men will form a line and chant, while women will stand in front of them and sing in counterpoint. Traditional Maasai rhythms, chants, and beats are now being incorporated into the music of contemporary hip hop musicians from northern Tanzania.

Influence of the Modern World

Government policies centered on the preservation of their national parks and reserves, with the exclusion of the culturally rich Maasai tribe, have made it increasingly difficult to maintain and preserve the traditional Maasai way of life for future generations to experience and learn about.

In recent years, projects have been implemented to assist Maasai tribal leaders in finding a way to preserve their traditions and way of life while also attempting to balance the Maasai children’s education needs for the modern world.

Many Maasai have moved away from nomadic life and into positions in business, commerce, and government. Despite their modernized urban lifestyle, many Maasai’ happily return home dressed in designer labels, only to emerge from the traditional lands wearing their traditionally colorful shuka, cowhide sandals, and a wooden orinka in their hand- at ease with themselves and the world. 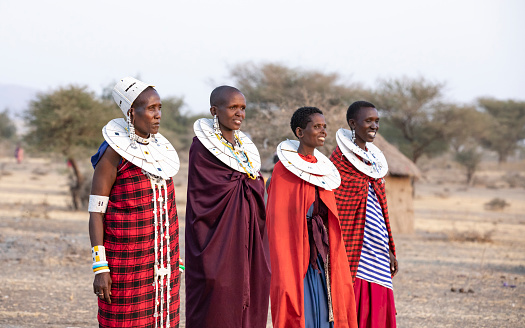 Clothing differs according to gender, age, and location. For several months after circumcision, young men wear black. Red, on the other hand, is a popular color among the Maasai.

Black, blue, checkered, and striped cloth, as well as multicolored African garments, are also worn. The Maasai began to replace sheepskin, calf hides, and animal skin with more commercial material in the 1960s.

Shkà is the Maa word for the cloth used to wrap around the body.