The Nok culture was one of Western Africa’s earliest known societies. From around 500 B.C.E. to 200 C.E., it existed in modern-day Nigeria. The Nok grew crops and worked with iron tools.

Because artifacts were discovered near the modern Nigerian town of Nok, historians and archaeologists refer to this culture as the Nok culture. Nok culture is well-known for its distinctive terracotta sculptures and early ironworking.

In 1943, a visitor approached archaeologist Bernard Fagg in Nigeria and drew his attention to some unusual-looking artifacts, which Fagg and his colleagues eventually determined belonged to the Nok, a previously unknown culture.

The majority of these artifacts are terracotta sculptures of human heads, human figures, and animals. The triangular or oval-shaped eyes on human faces are one of the distinguishing features of Nok sculptures. Human figures’ hairstyles are also frequently elaborate. Typically, humans are depicted seated, with their hands on their knees.

Archaeologists examined the clay used in Nok sculptures and discovered that it all came from the same source, implying that a central authority controlled the supply.

Nok sculptures have been discovered across an area of over 78,000 square kilometers (30,116 square miles), implying that these artists, despite receiving their clay from a central source, were part of a vast civilization.

Another distinguishing feature of the Nok culture is their use of iron technology. Iron working has been documented in the region since at least the fourth century B.C.E., and possibly even earlier.

Archaeologists discovered 13 iron-smelting furnaces in the Nigerian village of Taruga. Other iron artifacts from the Nok, such as farming tools and weapons, have also been discovered by archaeologists. However, while the Nok certainly had iron-smelting technology, they also used stone tools as well as metal, which suggests that metal materials were scarce and not widespread.

The Nok are notable for being one of the few civilizations in the world to go straight from stone to iron implements without learning to produce copper or bronze tools beforehand.

Due to the uncertainty surrounding the Nok people’s identity and origins, determining their legacy is challenging. Some people believe that the Nok’s artistry influenced the Ife people, who later lived in Nigeria.

The Ife people (circa 11th–15th centuries C.E.) were known for their intricate and lifelike metal sculptures of human heads. However, whether Nok art and metalworking affected subsequent African tribes like the Ife is still unknown.

Aside from what we can learn from their terracotta artwork, most details of Nok culture, society, and social organization remain unknown. 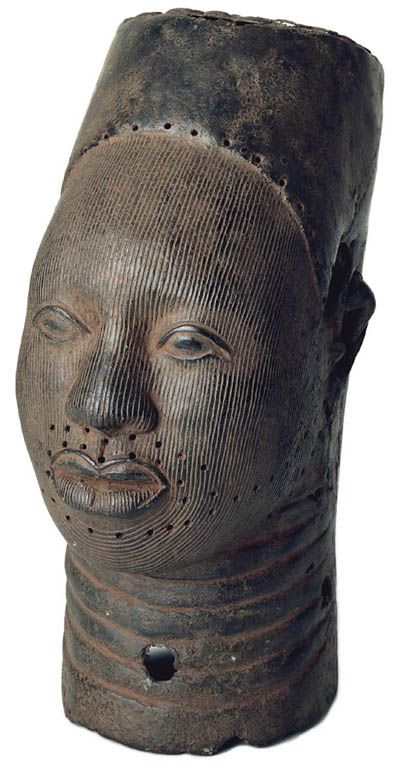 Nok culture is much more known of its iron works and terracotta sculptures, like this bas-relief.