Queen Modjadji, often known as the Rain Queen, are the hereditary queens of the Balobedu people of South Africa’s Limpopo Province. The Rain Queens have extraordinary abilities, including the powers to control the rainfall and clouds.

These Queens are thought to have rain-making abilities, and in the past, when they were nearing death, they would commit suicide by ritual poisoning to secure a speedy succession for their daughters. Before 1800, however, the baLobedu were ruled by male rulers.

In most occurrences, the matrilineal succession is from mother to eldest daughter, but if this is not possible, the throne can be passed down to a granddaughter, sister, or cousin. Female rulers used to marry close male family members, according to tradition, but the late Queen married her lover.

The royal council was outraged, believing he was not of royal blood, but since their daughter was recognized as heir, things appear to have changed. Since 1800, 7 rain Queens have been crowned.

She was this dynasty’s first rain Queen. She reigned until her ritual suicide by poisoning in 1854.

She succeeded her mother and reigned from 1854 until her ritual suicide in 1894. Since they had lived in isolation, she was the first Queen to be seen by a white man. She was obliged to reveal herself to the colonial delegation from South Africa in order to bargain.

They were surprised to learn that she was not a white woman controlling a black tribe as legend had it. She didn’t have any children of her own, so her niece, rain Queen Khesetoane, took her place.

She succeeded her late aunt Queen Masalanabo Modjadji II as rain queen, having been born in 1869. Her daughter Rain Queen Makoma Modjadji IV succeeded her after she passed.

HM Rain Queen Makoma Modjadji IV of South Africa’s baLobedu people.
She succeeded her mother and reigned from 1959 until 1980. She was the daughter of Queen Khesetoane Modjadji iii. Her daughter, Rain Queen Mokope Modjadji V, succeeded her. 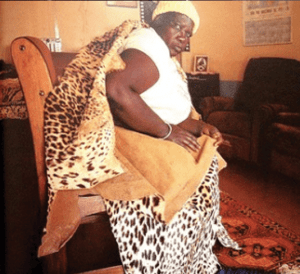 She succeeded her late mother, Queen Makoma Modjadji IV of baLobedu, who died in 1980, and reigned until 2001. She was a personal friend of Nelson Mandela, who purchased her a Japanese vehicle and helped her get a job in the ANC government at the time.

Princess Makhaela, who would have inherited the throne if she hadn’t died two days before her mother, was one of her three children. As a result, her granddaughter Rain Queen Makobo Modjadji VI took her place. 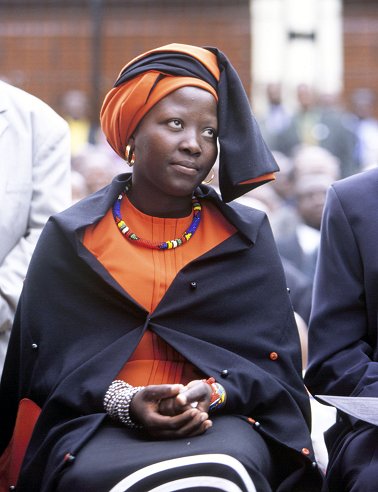 HM Queen Makobo Modjadji VI of baLobedu, South Africa. (reigned 2003-2005)She succeeded her grandmother Rain Queen Mokope Modjadji V, who died in 2001, when she was born in 1978. Princess Makhaela, her mother, had died before taking the throne. She was the monarch from 2003 until her untimely demise in 2005. At 25 years old, she was the youngest queen to take the throne, but now her little daughter, Masalanabo Modjadji VII of baLobedu, is the youngest rain queen. 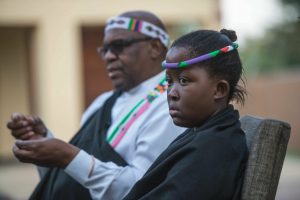