Mathematics started in Africa with the Lebombo Bone dates from 35,000 BC

It is important to human civilization that we be able to count and measure the world around us. The earliest recorded development of measurement and calculation in Africa confirms the continent as the origin of both simple and advanced mathematics.

The first proof of this particular discovery was the Lebombo Bone in Africa during the Upper Palaeolithic Period.

The baboon fibula is marked by its 29 notches along the length and it is named after the Lebombo mountain range where it was discovered, its notches are considered by the majority of archeologists as tally-marks.

Radiocarbon dating shown an age between 44,200 and 43,000 years ago. Arguments regarding the Lebombo’s function include whether it is a data chart or an astronomical calendar.

Ishango Bone (c.20 000 BC) is much younger, but basically as spectacular. The Ishango Bone is the fibula of a Baboon and, while its exact function remains the mystery, experts are almost unanim in showing that it shows evidence of arithmetic, it was discovered in 1960 in Democratic Republic of Congo by a geologist of Belgium, Jean de Heinzelin.

For instance, the Lebombo Bone is widespread in old Africa along the length of the bone, and it appears to have been an old counting chart. 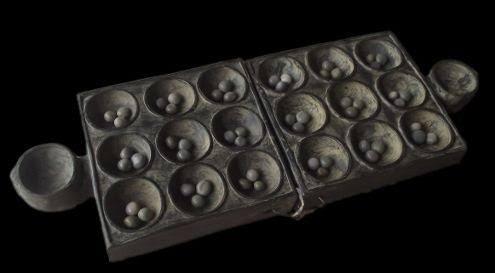 Although it is widely regarded that the oldest known proof of the game, Gebet’a or “Mancala,” is from Yeha in Ethiopia (700 BC), similarly it was possibly used many years ago in Central Africa.

The game normally consists of a wooden board or holes made on floor, each with 2 rows of 6 holes, and 2 larger holes at either end. In ancient times, however, the holes were more likely to be cut into stone, clay, or mud, as seen at the right by the example from Medieval Aksum.

Further evolved varieties, such as Omweso, Igisoro and Bao, are usually found in Central and East Africa with 4 rows of 8 holes.

Timbuktu of Malian Empire (present day Mali) is home to one of the world’s oldest universities called Sankore, where in the 1200s AD there were books full of manuscripts written mostly in Ajami (in this case in African languages such as Hausa, recorded as in “Arabic” script). 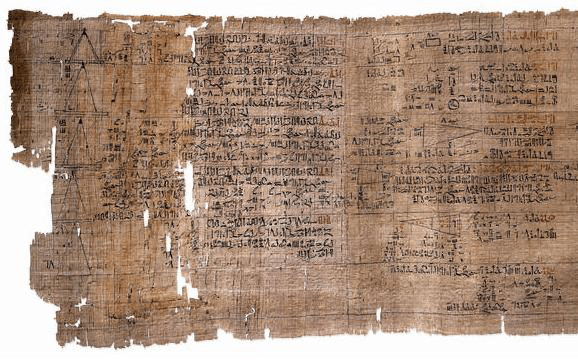 From 1300-1800s AD, as Europeans and the people of Western Asia were visiting and colonizing Mali, the Malians started to conceal the manuscripts in the cellars, attics and underground for fear of destruction or stealing by the foreigners.

That was definitely a smart idea, considering the background of Europeans stealing and/or damaging texts in Kemet and elsewhere on the African continent. Many of the texts were mathematical and astronomical in nature.

In past years about 700,000 writings have been rediscovered and evidence that sophisticated mathematics and science in Africa were known long before European conquest.