The Kingdom of Zimbabwe which is best remembered for Great Zimbabwe was one of the great African Empires. The kingdom existed from 1220 to 1450.

The region of Zimbabwe was settled in the eleventh century, but the Kingdom was fully set up in the thirteenth century.

Documentation left by explorer Joao de Barros of the 16th century reveal that the Great Zimbabwe had been occupied at that time. 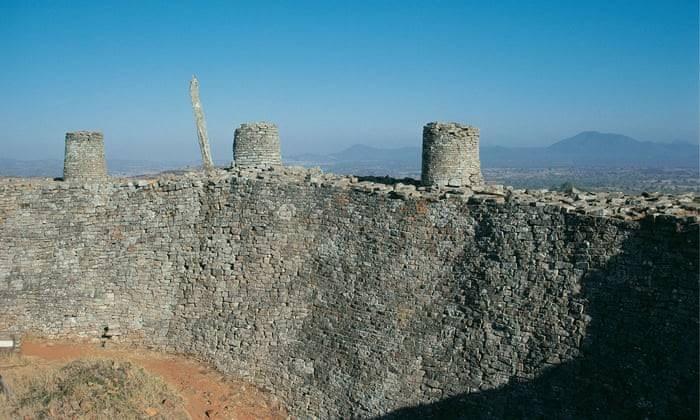 The Kingdom has been known for its extensive, long-established stone buildings and walls.
Greater Zimbabwe was established using an expertise method of dry stonewalling. It was at Great Zimbabwe that the Kingdom monarch lived within the main city with between 200 and 300 consultants and royals.

The town was the center of population with 20,000 people lived outside the city, divided by the wide walls still standing today from the ruling class.
Kingdom of Zimbabwe has the wealth of cows, which is the region’s main activity.

The gold trade was also based on the fact that the town was founded on a gold mine. Many also said that the city was for the Shona people a religious center for their primary god, Mwari, to worship.

During its dominance, the kingdom was rich in gold and imported clothing, glass beads and pottery while the livestock and agriculture provided the citizens with the basic necessities.

Chinese pottery and stoneware pieces, an Arabic coin, and a Persian bowl indicate that their trade spread into the East. Historians questioned what caused the Kingdom to collapse.

Many suggest that it was due to environmental changes that reduced the available land for cattle and that gold market dropped.
Some have speculated that the Portuguese traders may have threatened their trading routes.