The Kongo kingdom is one of the kingdoms that flourished in the 1300s (14th century). We touch on the history of countries such as Angola and the Democratic Republic of the Congo when we talk about the history of the Kingdom of Kongo today. It is recorded that the Kingdom of Congo was one of the most powerful kingdoms in Africa in the 1300s and was one of West Africa’s key centers of commercial development.

This Kongo kingdom was founded by ancient clans known as the Bakongo. Where, according to their tribes, the people originally had their names. But they preferred to call themselves Congolese(Bakongo) because they lived near the Kongo River, a river of incredible size, so as to preserve their past along the river where it existed well before their presence.

Geographically the kingdom of the Congo was 130,000 square kilometers in area, which was divided into six main sections which had its rulers who represented King of Kongo. The kingdom was having places like Sonho, Bamba, Pemba, Batta, Fango, and Sundi were all there.

He was welcomed as soon as the explorer arrived in the Kingdom of Kongo and started to share a lot with the people of Kongo. And one of the things they did was to provide advice on information on war and trade and to spread the religion of Christianity at the same time. Initially, the relations appeared to be of mutual benefit to both sides. But things changed later on.

The Kingdom of Congo is the first kingdom to progress in understanding about Christian religion and bringing its people across Europe. And when they got back home, they each returned with the name of Baptism, and even King Nzingu Kuwu was baptized with the name of Joao in Christianity. That name was then the name of the King of Portugal. And this was one of the signs that the kingdom of Kongo was embracing Christianity. 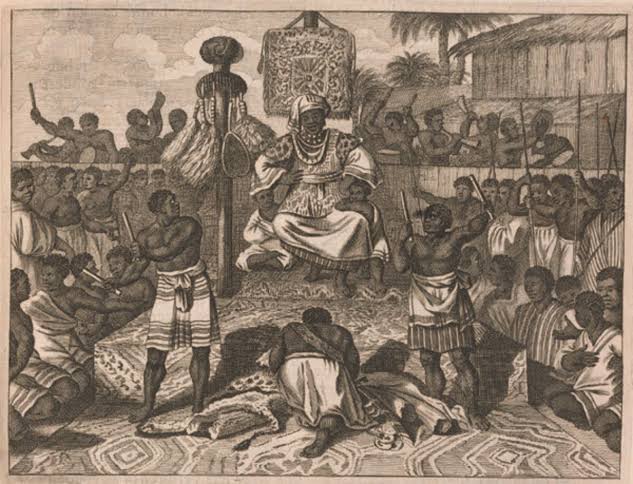 If a person was not a Christian at that time, then he/she seemed to be an irrelevant person. And being a Christian was one of the qualifications for being the king of Kongo. From that time, from 1480-1800, the Christian faith became the form of leadership for the kingdom of Kongo.

The relationship between the Kingdom of Kongo and Portuguese was very strong at that time, and it was a time when the first Bible was written in the Bantu language. And there are many Kongo people who claim that Jesus Christ was part of Africa.

There was a king of Kongo in 1505-1543, called Nzingu Mbemba, who later changed his name to King Afonso, and Sao Salvador was the place where the king resided. This was a time when all things in the Kingdom of Kongo were in the (Christian) culture of Portugal.

And lastly, because of the friendship between the Portuguese and the people of Kongo, the Portuguese succeeded in discovering a lot of everything that was assigned an African name was modified and given Christian names. So soon after the plantation was founded in America, in the Kingdom of Congo, the Portuguese started taking slaves. And it is reported that 10000 slaves were taken and sent as slaves to America in 1520.

This prompted King Afonso of Kongo to write a letter in 1523 to King Joao of Portugal in order to abolish the slave trade in the Kingdom of Kongo. It was too late, because in the kingdom of Kongo, the Portuguese had already opened up several doors for slavery. And even though the letter was received by King Joao, he allegedly ignored it.

It was a time when the Portuguese waged war in the kingdom in order to break the peace and acquire prisoners of war who would be sold as slaves.

The Kingdom of Kongo was controlled by Antonio I at that time. And because the Portuguese were strong in fighting war, they succeeded in defeating the people of Kongo and last, under Portuguese control, the Kingdom of Kongo ended. Until 1884/1885, when the Berlin Conference was held to split the continent of Africa into European nations. Angola eventually became part of Portugal and Kongo became part of the Belgians.