Eswatini, officially the Kingdom of Eswatini, sometimes alternatively written as eSwatini, and formerly known as Swaziland, is a landlocked country in Southern Africa. It is bordered by Mozambique to its northeast and South Africa to its north, west, and south.

On 19 April 2018, King Mswati III announced that the Kingdom of Swaziland had renamed itself the Kingdom of Eswatini, reflecting the extant Swazi name for the state eSwatini, to mark the 50th anniversary of Swazi independence. The new name, Eswatini, means “land of the Swazis” in the Swazi language and was partially intended to prevent confusion with the similarly named Switzerland.

The Swazi nation initially originated from Mozambique, as we know it today. As part of the Bantu migration, their Nguni ancestors possibly migrated there before the sixteenth century. In eastern Eswatini, archaeologists discovered human remains that were estimated to be 110,000 years old, but these were not the ancestors of the Swazi.

Artifacts indicating human activity dating back to the early Stone Age, around 200,000 years ago, have been found in Eswatini. Prehistoric rock art paintings dating from as far back as c. 27,000 years ago, to as recent as the 19th century, can be found in various places around the country.

In the nineteenth century, as a result of internal tension, the Swazi fled from their original home to the Pongola River valley in KwaZulu Natal. Attacks by Ndwandwe subsequently forced the Swazi, ruled by Sobhuza I of the Dlamini, to flee to the Ezulwini Valley in what we now know as Eswatini. The son of Ngwane III, known by the Swazis as their first ruler, was Sobhuza.

Most of the Sotho groups in the area were pushed away by the Swazi people and Sobhuza became the region’s most dominant ruler. He also managed to prevent, through diplomacy, the worst of the Mfecane and further Zulu threats. This ensured that while other surrounding groups disintegrated, the Swazi nation expanded. Mswati was the next Swazi king to take the throne. He was a brilliant diplomat and warrior and the Swazi nation was secure when his term ended in 1868.

European colonists, merchants, missionaries and hunters came into the region during the 1800s with the aim of making it their home. The British invaded the kingdom in 1877. Although the 1881 Eswatini Convention secured the freedom of the regions, it made the kingdom greater deals smaller.

This independence was mainly on paper and Eswatini became a protectorate of the Transvaal Colony in 1894, which, after the Second Anglo Boer War, was under British influence. This arrangement lasted until 1906, when, under the rule of a British Commissioner, the kingdom became a High Commission Territory.

Eswatini stayed under British rule for the next 66 years. Many Swazi men had left their homes as miners to raise money to buy back parts of their land. In the kingdom, British rule was peaceful and limited self-government was permitted in 1963. Absolute independence was granted to Eswatini on 6 September 1968. It was still a member of the Commonwealth of Nations and became Head of State to the King, Sobhuza II, who came to power in 1921. The country was governed by a Cabinet and a Parliament-selected Prime Minister.

The constitution of Eswatini was a feature of its previous British rulers and was suspended by King Sobhuza II in 1973. He felt that it did not represent the Swazi people’s culture. In 1977, a new constitution was drafted and introduced. The king was declared the sole ruler of the kingdom by this new constitution.

When Prince Makhosetive Dlamini was chosen as his successor, Sobhuza remained in power until 1982. In 1986, he was crowned King Mswati III and ruled the kingdom with the Council of Ministers, a small group of advisors.

In 1982, a formal agreement was reached between South Africa and Eswatini about each other’s security interests. Eswatini was deporting all members of the African National Congress (ANC) to South Africa. This did not prevent the South African police from raiding in quest for ANC operatives.

In 1992, sever droughts brought Eswatini to the brink of famine. A great deal of civil action in support of democracy in the 1990s had also put pressure on the king to modify his state structure. In 1993, the first legislative elections in the kingdom took place. Opposition parties were, however, illegal and the homes of the Prime Minister and Vice-Chancellor of the University of Eswatini were burned down during disturbances in 1995 during the National Assembly.

The king’s powers were marginally weakened by the end of 1997 and consultations were held with the Heads of State of Mozambique and South Africa to come up with plans for pushing the kingdom towards democracy. In 1998, elections were held, but much of the power was still held by the king. Opposition parties were also prohibited and the organization of protests and bans on foreign goods by unions began. The government replied by limiting trade union activities. The Public Order Act has also been passed in the kingdom which bans party politics and requires police permission to hold a meeting.

In the 21st century, pressure from opposition groups to limit the powers of the king and a democratic government increased. The king declined to change the structure of government.

In 2001, in an attempt to stem the spread of AIDS, the king banned men from having sex with teenage girls for 5 years. Another drought struck in 2002 and food aid was distributed by the United Nations (UN). The drought continued unabated and was declared a humanitarian crisis by the Prime Minister in 2004.

The landlocked Kingdom of Eswatini is surrounded by South Africa to the north and south, and Mozambique to the east. The Kingdom offers the perfect gateway for travelers between KwaZulu-Natal and the Kruger National Park, as well as Johannesburg and Maputo – there is no better route with the extra benefit of exploring a whole new country full of past African customs and Swazi culture. 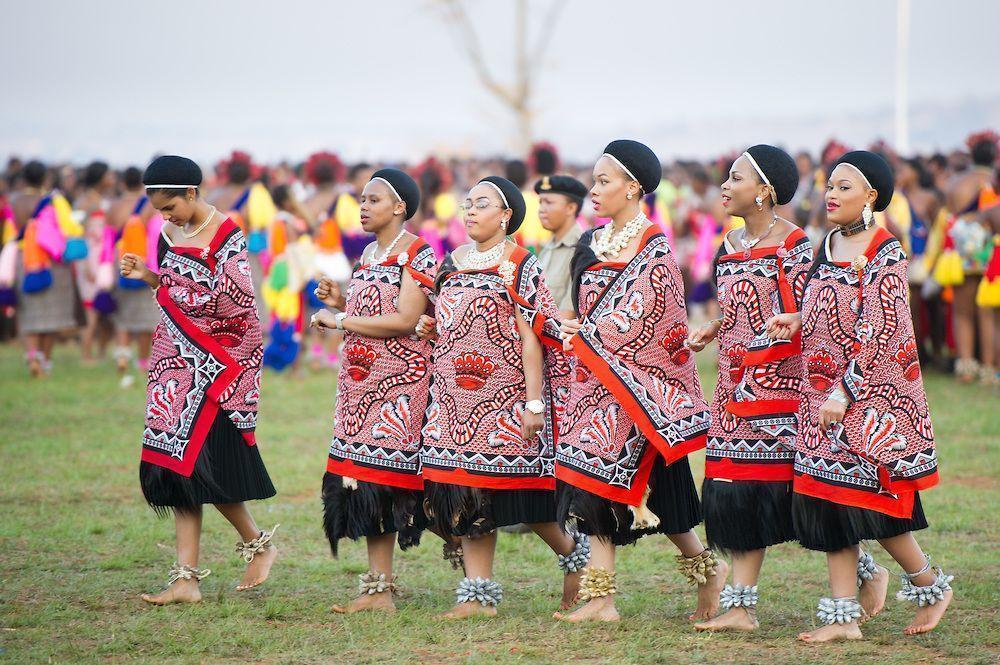 Eswatini covers an area of about 193 kilometers from North to South and 145 kilometers from East to West, respectively. Small as it may be, Eswatini, with its arts and crafts outlets, traditional markets and wildlife reserves, is an exciting tourist destination. Tame birds and animals at Mlilwane Wildlife Sanctuary are free to come and go and wander through the camp grounds. The Mkhaya Game Reserve offers visitors the opportunity for open Land Rover game viewing with guides. 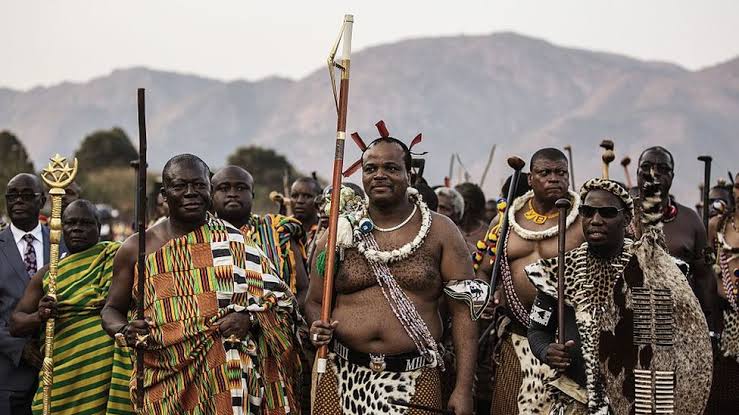 The casinos at the Royal Swazi Spa Complex, in the heart of the Ezulwini Valley, between Mbabane and Manzini, are a major attraction for a visit to Eswatini.

Eswatini has many scenic drives on offer. North of Mbabane, with a series of waterfalls on the Black Umbeluzi River and the granite heights of “Bald Rock” the road to Luve is known as the Pine Valley.

One of the most scenic drives in the country is the drive to Piggs Peak, in the north. To the west of the road lies the Malolotja National Park and here, after a strenuous walk, you can see the Malolotja Falls, the highest in Eswatini.

A large number of internationally renowned hotels and a number of thermal springs are also available in Eswatini, where visitors can relax and unwind. The majority are situated in Ezulwini.