On the Coast of West Africa, the Dahomey Kingdom (1625 -1894) was home to the only appointed elite female warrior troop in history.

In what is now modern day Benin, the Dahomey soldiers included fearless female warriors, most commonly known as the Dahomey Amazons.

But thankfully, oral history, pockets of eye witnesses and pieces of written diary entries, has patchworked their legacy to tell their story. The myths surrounding the origins of the Dahomey Warriors.

Oral legend states that the Dahomey Warriors were descendants of Hangbe who was the twin sister of the King of Dahomey; Akaba.

It is thought that Akaba died in battle and like most kingdoms the younger brother (Agaja) would dethrone an elder sister (Hangbe) and become King.

However there was political dispute that prevented Agaja from claiming the throne straight away and so Hangbe became acting Queen.

Queen Hangbe was a warrior. She led men and women in battle and it is believed that during her reign (which could have ranged from three months – to three years) she gradually established an all female troop; the Dahomey Warriors. 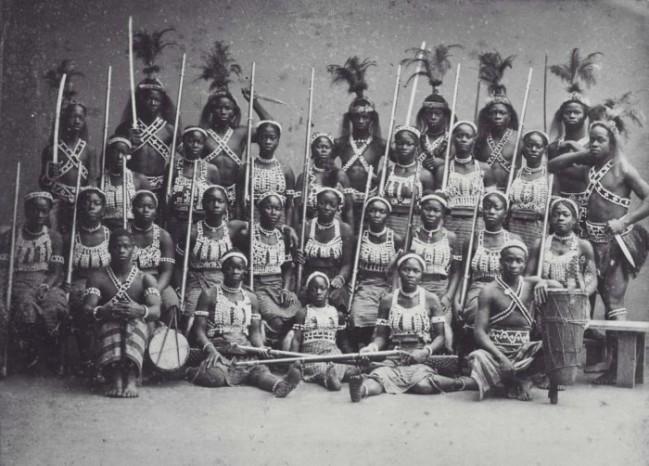 The the kingdom of Dahomey was outnumbered by their enemies, most notably the Yoruba tribe. During this time there was the rise of the European slave trade, villages were raided for strong men.

So it is thought that the ruling Kings of Dahomey were forced to conscript women into the military. With their main objective to protect the King and their kingdom.

It is often said that the female warriors were married to the King, however he never actually consummated his marriage with any of the women. It is therefore widely considered the Dahomey warriors were celibate whilst enlisted.

How the Dahomey Warriors make us rethink what feminism is

But we’ve never seen an all female troop before or since the Dahomey Warriors, this is why they are such an important part of history not to be dismissed or forgotten.

The warriors represent a part of femininity that is rarely shown, celebrated or respected. They were strong, trained warriors, loyal, ready to die for their King and highly esteemed…..without any s**ual innuendo.

It’s hard to not notice the similarities and the inspiration of the Dahomey Warriors to create the Dora Milaje Army featured in the Marvel’s Black Panther comic and film universe. 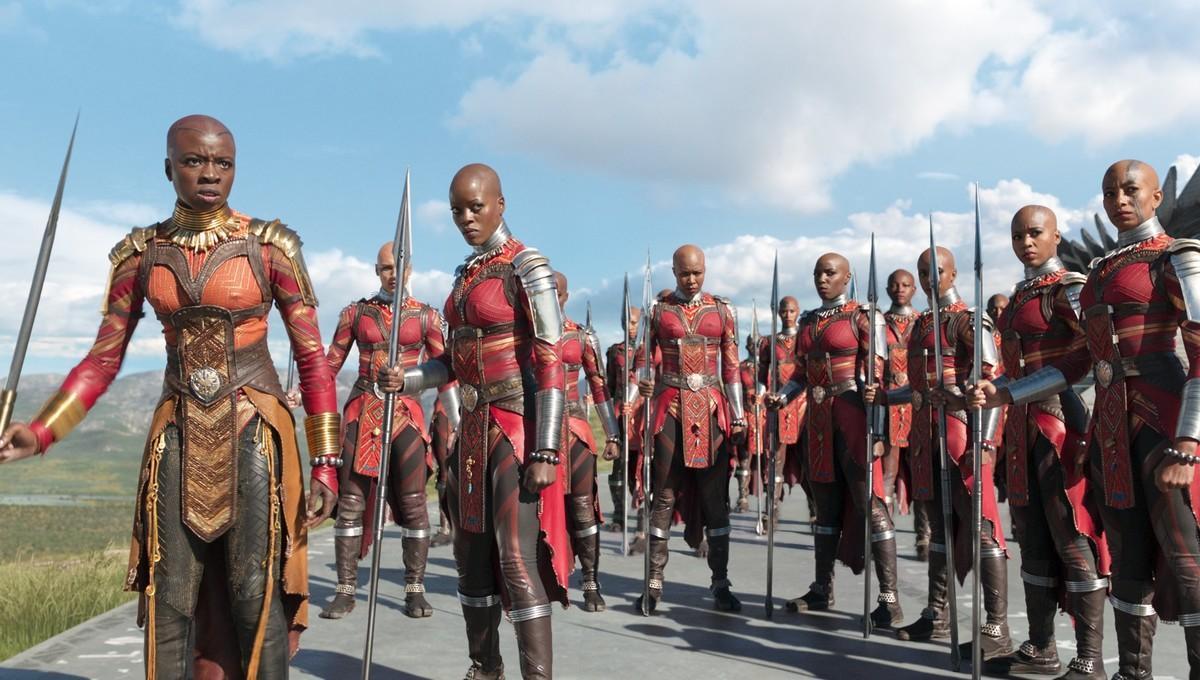 The position and regard they had in their Kingdom was cemented further by the nations religion, Vodun or Voodoo.

The Dahomey people worshipped the Creator which is of dual cosmogonic principle, Mawu the female goddess and Lisa the male.

They believed their universe could only work with the male and female working together as equals. The basis of this religion was sustained in the Dahomey Kingdoms politics, religion and of course military. Characteristics that are also present and highlighted in the formidable Dora Milaje Army.

What happened to the Dahomey Warriors?

At the end of the 19th century the Dahomey kingdom found themselves fighting the French who were in a race with other European countries to get their slice of the pie on the  colonization of Africa.

Ultimately the Dahomey lost the battle to the French. But their last enemies were full of praise for their courage. A French soldier praised them as:

“warrioresses… fight with extreme valor, always ahead of the other troops. They are outstandingly brave … well trained for combat and very disciplined.” A French Marine, Henri Morienval, thought them “remarkable for their courage and their ferocity… flung themselves on our bayonets with prodigious bravery.”

We don’t know exactly what happened to the surviving Dahomey warriors. Many sources claim that the last of the the Dahomey Warriors, a woman named Nawi was discovered living in a remote village died at the age of 100 in 1979.

Other sources suggest that the last of Dahomey’s died in the 1940s and they struggled to find meaning outside of their army, which is something that is common with modern day war heroes/veterans.

But one thing is for certain the Dahomey Warriors did exist, they were strategic leaders,  fearless warriors, ruthless soldiers and respected protectors.

Source: I Am History